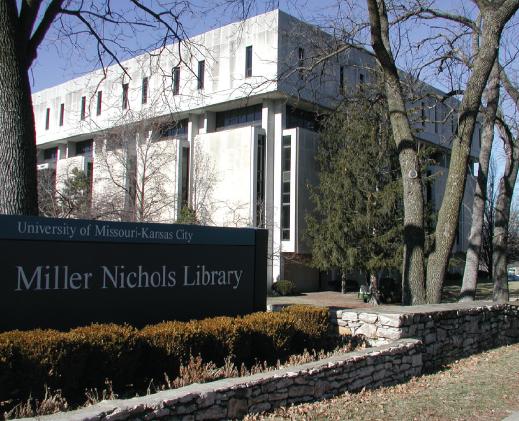 The Miller Nichols library has decided to forego buying physical books.  The library made the decision to eliminate print materials due to budget limitations.

“Over the years the cost of paying subscriptions for journals has gone up and up and up,” said dean of libraries Bonnie Postlethwaite  “We’ve looked at the numbers since 2008, and they’ve been anywhere from a twelve percent increase [in inflation] every year.  It has gone down to six percent, which is a lot higher than the average inflation rate.  Our budget is only so big, and we have to pay for the journals first.  So, our amount of money left for books has decreased.”

Dr. Joan Dean, Curators Teaching Professor of English, does not believe that the library’s decision is a good one. Having served as interim dean of libraries, she isn’t sure how this could have happened.

“It’s much more than an unfortunate decision,” she said, “Has there been any effort to assess what students and faculty need and want?”

According to Postlethwaite, efforts have been made to assess the demands of both students and faculty.

“The serials portion of the budget also includes subscriptions to databases, and some of those databases are actually for books,” Postlethwaite said.  “When we did a survey back in 2011, both the students and the faculty said they really wanted electronic resources, because they want be able to get thing when the library’s not open.:  Our strategy has been to honor that request and do more electronic licensing of resources instead purchasing physical items.

Postlethwaite said that many only think of paper items when referring to physical items. However, she said this would also include items like DVDs.

A concern voiced by Dean about using electronic resources is that students may have a harder time getting engaged with denser academic works than if they were in physical form.

“Books have value that cannot be realized electronically,” Dean said,  .  “But it’s better to have it in electronic form than to not have it at all.”

“The interlibrary loan system is a delicate ecosystem,” she said,  “We count on other institutions to have the books we don’t.  This is particularly true for community colleges, which have few books in comparison to a library like Miller Nichols. As an alumna of UMKC, I have to say that I have always been very proud of Miller Nichols Library. A great library is a mark of a great institution – the degradation of the library degrades UMKC.”

Postlethwaite says that the library is trying to do the best they can.

“We are trying to make sure people can get their hands on the books they need, one way or the other,” she said, “I don’t feel like we’re keeping people from getting to the resources.  We’re finding other ways of getting the resources in people’s hands.”

Postlethwaite stresses that the problem Miller Nichols Library is facing is not unique to UMKC.

“Every library in the country is experiencing this,” she said “We wish the publishers weren’t charging so much.”

Previous articleTruth about E-Cigarettes
Next articleWhatever Happened to Halloween Night?