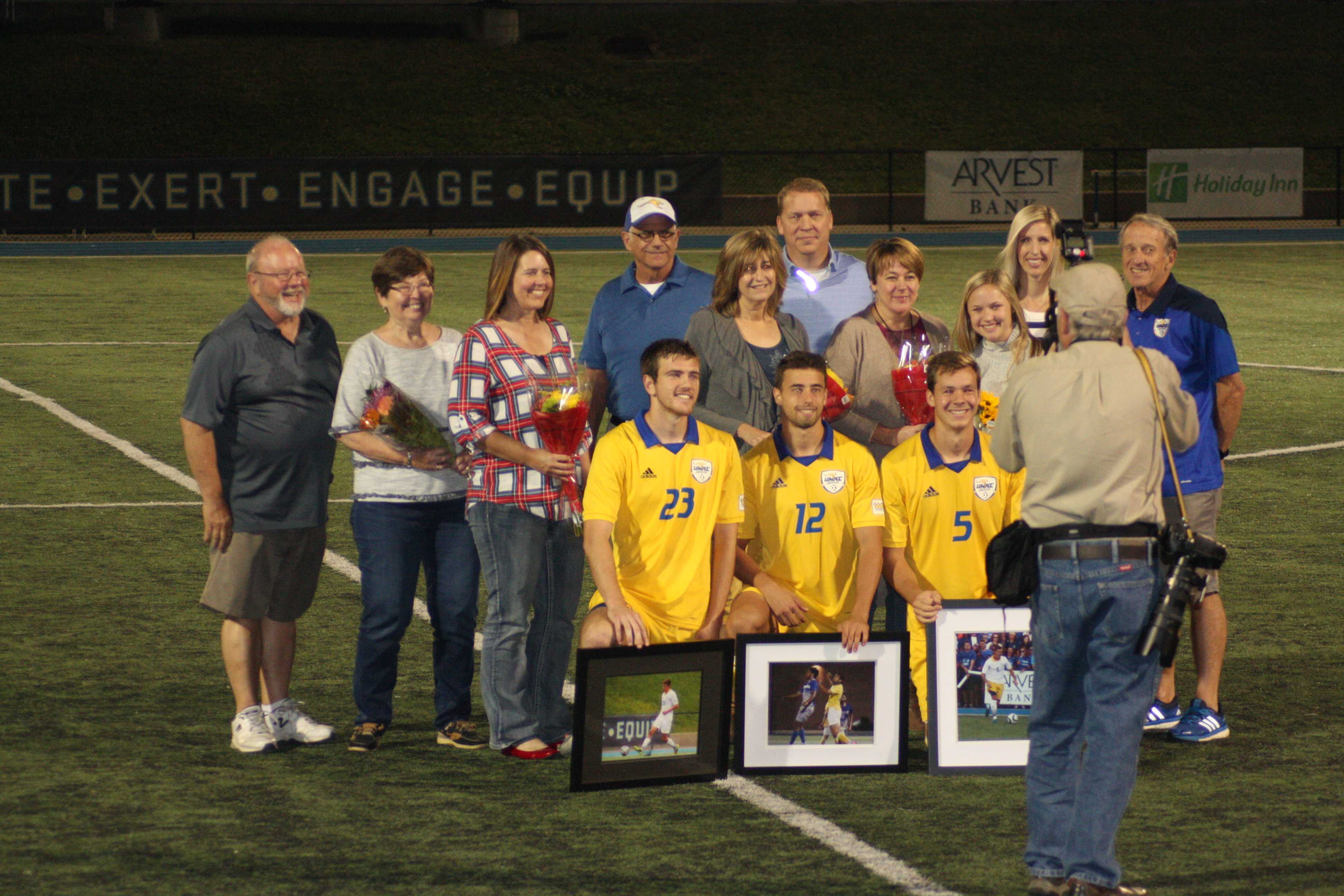 At halftime against San Jose State University with the lead, UMKC honored this year’s seniors, Jake Carter, Luke Gilsinger, and Clay Stewart. Each senior met with family members and received a large framed picture. They then shook hands with Coach Rick Benben, and stood to hear applause from teammates and fans alike.

Drago had the only UMKC goal this week. It came on a scrum in the box with the San Jose State goalkeeper. The ball fell to Drago on the 8-yard box after a partial save. Drago fell to the ground on the initial tackle with the goalkeeper and was left lying on the ground. As luck would have it, the ball fell to his feet and he gave it a half-volley into the net for the Roo’s.

Unfortunately for the Roos the game slid out of control in the second half. SJSU generated more shots and gained two goals. The game ended in a 2-1 victory for the visiting Spartans.

The match against CSUB was also a tough, contested battle. Both teams had difficulty getting the ball into the opponent’s end. Much of the game was fought at half field, and that’s where the momentum was won by CSUB. They used that momentum to capitalize on the opportunities in the second half.

The decisive moment came in the 58th minute when CSUB’s forward Robin Lindahl crossed a ball from the corner of the penalty box to midfielder Mamadou Balde. From the top of the box Balde’s shot ended up in the back of the net. CSUB’s follow-up goal came in the 84th minute after a stolen ball near half field. Junior Louis Lapouge from the corner of the 18-yard box, passed the ball to the opposite side of the box, and freshman Nikolas Korber ran on to it to score the game’s second goal.

UMKC’s early and later chances in the match came from through balls to junior forward Eric McWoods, in an attempt to utilize his speed. UMKC freshman midfielder Antoine Precheur led the team in the midfield with a strong passing performance. He helped create some scoring opportunities for the Roos.

UMKC final game of the season will be played against University of Northern Las Vegas on Saturday November, 5th at 9:00 p.m.. Fans can follow the Roo’s road game online at umkckangaroos.com.