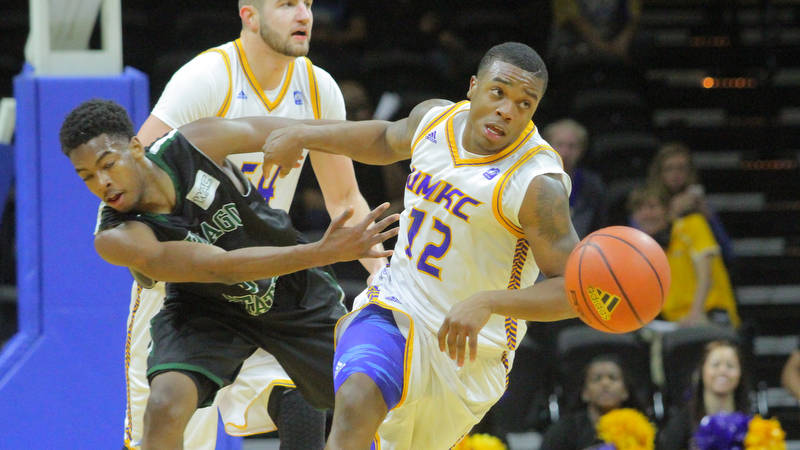 The UMKC men’s basketball team secured a 64-62 victory over Chicago State on Saturday in its WAC home opener.

“We will take the win,” Head Coach Kareem Richardson said. “I thought we answered [Chicago State’s] start, and we needed to close it out better. It wasn’t pretty but we will take it.”

Harrison scored 14 of 24 points for the Roos in the first half to lead all scorers. UMKC struggled in the second half, going scoreless for nearly seven minutes and shooting only 32 percent overall, though holding Chicago State to 35 points for the majority of the game.

The Roos will return to action Thursday, Jan. 22 at 7:05 p.m. at Municipal Auditorium.