Men’s basketball still in the running for first 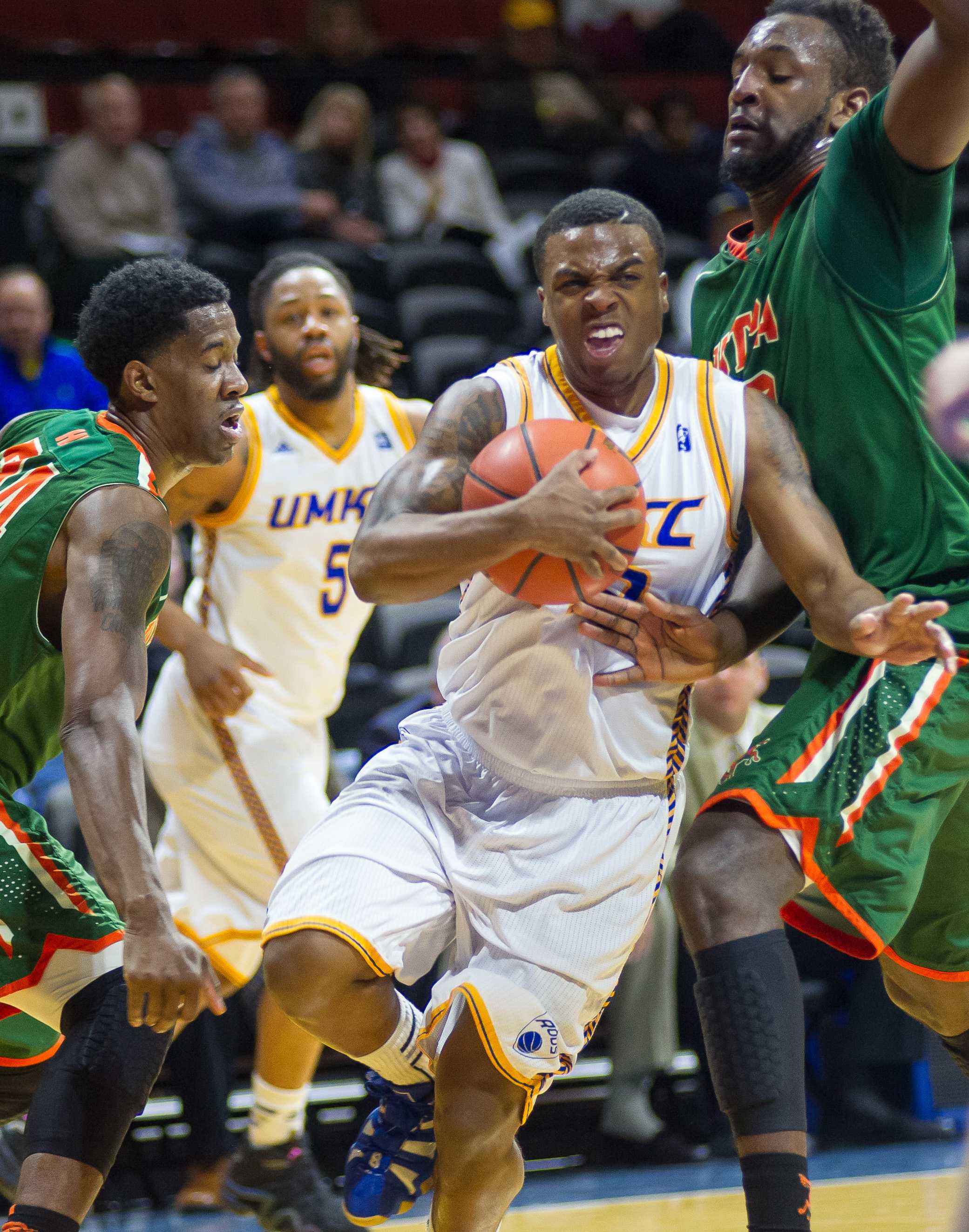 UMKC opened the game with an early 22-15 lead, and then went basket for basket into the break tied at 34 points. The Aggies pulled away with just minutes left to play, and the Roos fell 77-63, ending a four-game winning streak at home.

After the loss on Saturday, the Roos stand 10-15 in the season, and 5-3 in WAC conference play.

“We knew their size and athleticism would be a problem for us tonight,” said Head Coach Kareem Richardson. “There are a lot of games left, and after Thursday we told our guys this wasn’t going to make or break our season, win or lose. The crowd tonight was great, it gave us a lot of energy, and we really appreciate the support.”

On Thursday night, the Roos dominated Texas-Pan American and the 25-point spread against the Division I opponent was the largest for the Roos this season.

Sophomore Martez Harrison ended the game with 20 points, sophomore Broderick Newbill scored 11 points and freshman Darius Austin picked up 10 of his own. Defensively, the Roos had 15 steals and converted 27 points off turnovers.

“Causing that many turnovers and creating that many steals is what we are about,” Richardson said. “I have to give credit to Deshon (Taylor) and Noah (Knight), they really ignited us tonight in both halves.”

The Roos are on the road this week, playing against Chicago State (6-19, 2-6) on Saturday afternoon. Historically, the Roos have a 26-11 record against the Cougars, and they lead the series 10-5 while playing in Chicago.