Men on Boats: a raging river of challenging ideas and wit 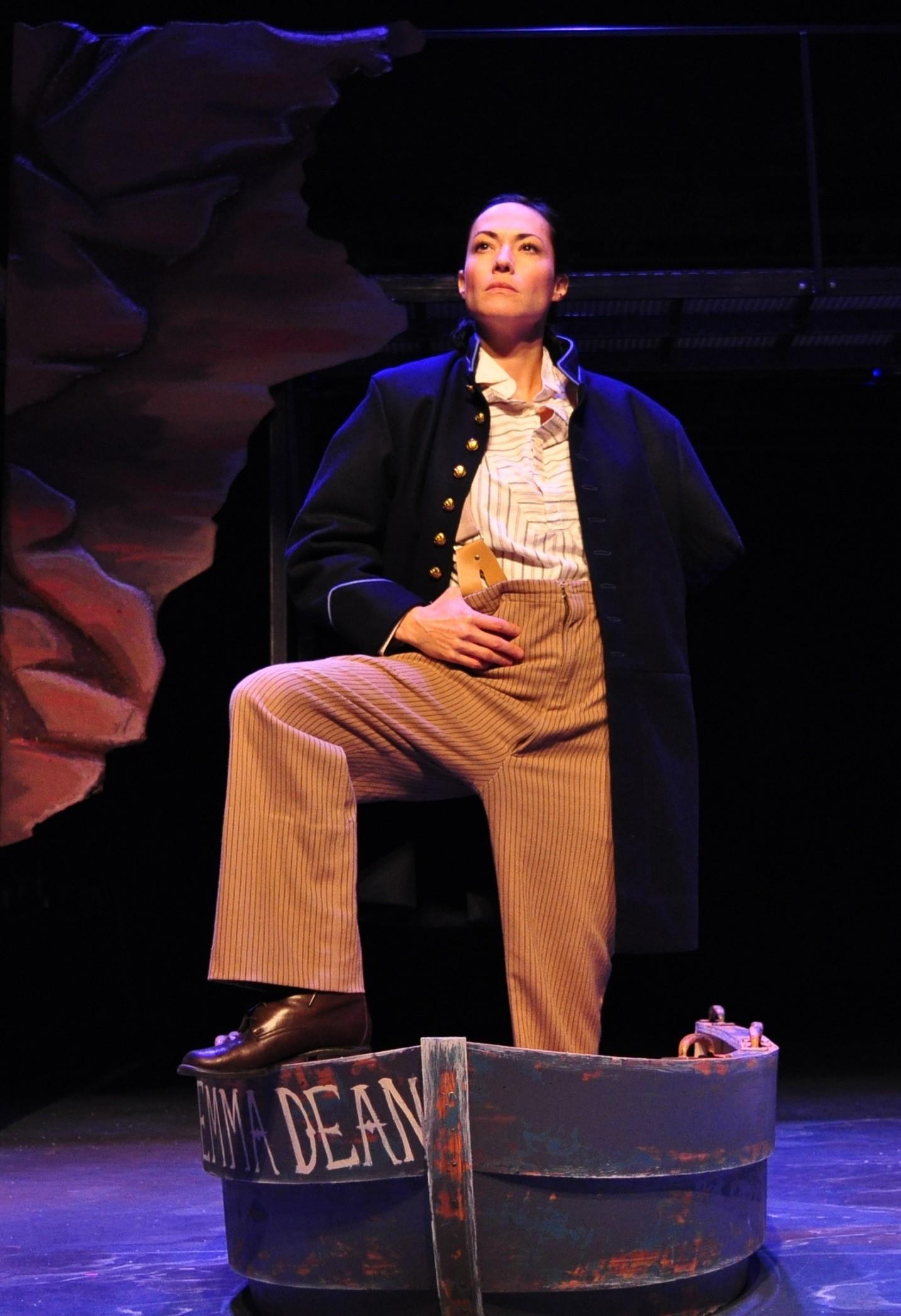 The only thing funnier than a play that pokes fun at macho male stereotypes is a play with an all-female cast acting in male roles jesting about these stereotypes.

Last week, Men on Boats debuted its nearly one month run at the Unicorn Theatre.

Loosely based on the journals of Maj. John Wesley Powell (Vanessa Severo), Powell leads nine assertive men down the Colorado River on the first government-sanctioned expedition.

They face harrowing dangers, fast-flowing rapids and jagged canyon walls. They laugh in the face of danger, religiously swig whiskey and devour bacon, all while (in typical masculine fashion) refusing any guidance that disagrees with their own manly doctrines.

The community often celebrates The Unicorn Theatre’s inclusive and thought-provoking productions. In her 39 seasons with the theatre, artistic producing director Cynthia Levin has always prioritized sharing stories that are new and eye-opening to the region. She typically addresses issues such as race, religion and gender identity. Man on Boats is no different.

Hailing from a time when assertive masculinity went unquestioned, the real Maj. John Wesley Powell could have never imagined the future utilization of his journals. The fact that nine diverse women are bringing his journals life would be incomprehensible to Powell’s group of adventurers.

Despite the obvious acceptance of gender and references to indigenous injustice by settlers, Men on Boats is both a lively satire and deconstruction of macho adventuring. Severo and the cast brilliantly capture all of the high fives, bellowing voices and awkward displays of emotion that are tantamount to the masculine stereotype. Meanwhile, they also address a more somber history of the white man traversing native lands.

When facing the dangers of the river, the crew skillfully avoids the imminent mortality of rushing rapids and canyon walls. You’ll leave the Unicorn Theatre’s intimate setting with your ears ringing while echoing bellowing calls like: “Left! Keep Left! Rock! Rock on the right!”

However, when the perils of the river cease and the men make camp, the vivid characters joke, argue, bond and clash, just like any group traveling together. It is in these moments when storytelling on a small, single-set stage can keep an audience hooked for the 90-minute duration of the show.

Despite poking fun at men’s boyish needs to put their name on everything, Backhaus clearly wanted to capture the adventurous spirit from a different time.

After seeing Men on Boats, audience members will leave the Unicorn feeling giggly and contemplative. Support local theatre and see a bunch of tough women who can spit farther than most men while roaming the West with Powell and his fellow adventurers.