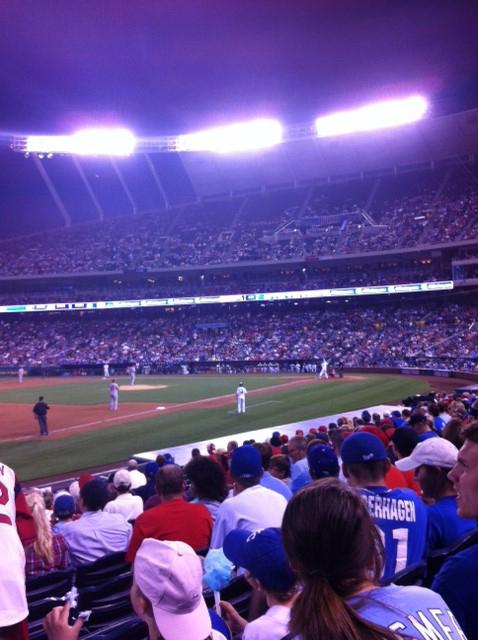 The current atmosphere surrounding sports in Kansas City is one of optimism. Both the Royals and the Chiefs have been making changes for the better, but the question is whether these changes translate into a clinched position in the playoffs. .

The Chiefs have had a busy off-season. From the addition of Alex Smith as quarterback and the draft of tackle Eric Fisher, the franchise has been making moves in the right direction. The problem, however, is that this team has made similar moves in the past that have left fans disappointed when it comes to playoffs.

With the recent injury to Jamaal Charles, many faithful Chiefs fans are concerned with the reliance on the passing game — something the Chiefs are not typically known for — but if the first pre-season game is an indication of the team’s offensive abilities, the Chiefs look to be in great shape for their season opener against Jacksonville. The main question is whether the entire team is committed to the new offensive scheme that new head coach Andy Reid has implemented. According to many Chiefs veterans, this team is sold on the new system.

The Royals have also been battling away in their current season, hoping to have a position in the playoffs as well, which the Royals have not achieved since 1985. They are currently in third place in the central division, but they are only three games away from second place.

The Royals, however, are missing one of their key pieces to the puzzle: Mike Moustakas. Moustakas is suffering from some tightness in his left calf and was seen this past Wednesday in a walking boot to help relieve the pressure. Royals Manager Ned Yost was pessimistic about Moustakas’ return this season, saying his return “is possible. Everything is possible but, not probable.”