Learning how to be a Stepdaughter at 20 Years Old 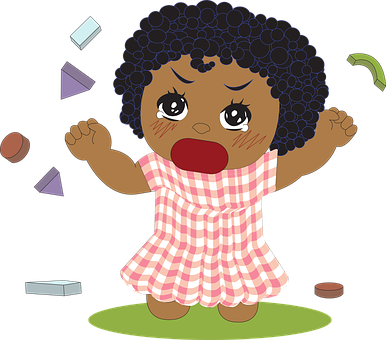 Divorce sucks, and if the statistics are true then over half of you reading this article can concur. Fortunately, my parents have arguably had the greatest divorce in the history of divorces (can I brag about that?).  Unfortunately, I am now having to come face-to-face with some of the simple realities that a divorced household entails, in a very delayed manner.

It is extremely important to note that both of my parents are therapists. Or more accurately, both of my therapists are also my parents. Because of this, the first 12 to 13 years of their divorce was a walk in the park for all involved. At the age of seven, my parents gathered myself, my 9-year-old brother Vince and my 3-year-old brother Joe around the table. They calmly told us they were going to separate and that my dad was moving into an apartment less than 10 minutes away. I can’t remember all that was said, but probably a lot about how none of this had to do with us, and how much we were loved. My dad however, remembers that I was unsuccessfully trying to hide a grin. I can pretty safely imagine the thought-process behind my gap-toothed smile.

To ensure my delicate mental health, my parents enlisted the help of our school counselor. An added bonus, as I now got pulled out of class every once in a while to chat with this family friend about whatever I wanted. I also got a free diary and thanked the stars for the many perks I was accumulating from this divorce. Unfortunately, I was deemed as more than accepting of our new family situation and these play-dates discontinued after a while.

For the next three years my brothers and I went to my dad’s every Tuesday and Thursday and spent the night every other weekend. I was also hooked up with a hamster, so life was swell. I think they both dated a little during these first couple years, but we were never exposed to it or anything hinting at seriousness. My dad, who is from California, would still come to all my mom’s family get-togethers so I would always get to spend Easter, Thanksgiving, Christmas, etc. with both parents. That is definitely a luxury I took for granted.

Dad began to look at buying a house, and in the third grade he found one. The best part? It was less than a half-mile away from my mom’s house. To get to my dad’s house, a car would only have to make three right turns to arrive from my mom’s.  For the next 10 years life remained easy as my brothers and I maintained our Tuesday-Thursday-Every-Other-Weekend-With-Dad, Monday-Wednesday-Friday-Every-Other-Weekend-With-Mom schedule. Our parents have always had great communication and have maintained the utmost respect for one another. Looking back now, I realize how lucky I am that the three of us kids had an extremely complete childhood with involved parents; emotionally and literally.

Of course, some things were beginning to change. They both had more serious relationships, but it was still something we were completely eased into. Neither of them ever moved in with a partner or invited a partner to move in with us, and they would always ask us our opinions about who they were dating. Getting re-married was never even discussed.

To be clear, my parents were not serial-daters with 30 partners each, but they have been divorced for nearly14 years so it’s only natural that they dated around a little. I would always welcome each new boyfriend or girlfriend with a wide smile and high expectations. Usually, they would fall short (or their spawn would) and I would be secretly pleased when they moved on, restoring my neat weekly schedule and my impenetrable bubble. Due to the presence of significant others, my dad would not come to as many get-togethers with my mom’s relatives as he used to, and I patted myself on the back for my mature acceptance and strong resilience to these previously unforeseen reality checks.

Then, my senior year of high school hit. My dad met Stacey, and we were all ecstatic. Stacey also has a background in therapy, she’s extremely laid-back, she’s funny and she’s even more liberal than my family.  I invited her to my high school graduation without any kind of pressure from my dad, and quickly started to joke around with him about needing to marry her.

From there, everything happened so quickly in the eyes of a sheltered teenager. Last year, they moved in together and 7-year-old Claire reemerged with mixed feelings in the wake of these new changes. I got the text that they sealed the deal on their lake house, and I unexpectedly began to tear up. I couldn’t determine if it was out of happiness or out of sadness and selfishness that the finality of divorce was starting to hit. When I went to see my dad now, he wouldn’t be alone and we wouldn’t be the sole recipients of attention. Quickly, I told 7-year-old Claire to grow a pair.

A couple months later my dad casually told me at Joe’s basketball game that he and Stacey were going to get married! I was elated that he found someone he loved so much, and my Catholic upbringing added a sense of “duh” to the fact that he would marry someone he was living with.  Stacey enveloped me into the wedding plans and made me feel included in all aspects along with her daughter Sarah. About six months later, they were married June of 2016.

This will be the first Christmas my dad has been re-married, and 7-year-old Claire returned with a vengeance this winter at the thought of what that all means. My dad has continued to be at my mom’s every Christmas morning for the last 23 or so years to open gifts and share a meal. This year, my mom asked us what the plans for Christmas would be. I decided to let 7-year-old Claire take the reins on the conversation and figured she would be the best choice for an eloquent answer.

“Um, Dad will come over? And we will open presents and eat breakfast together like we always do?” Inside, I shook my head in wonder at the unnecessary question Mom was asking us. She looked at me a moment and then more slowly broke it down.

“Are you sure? I think I’ll e-mail him because he may have different plans this year. And if not, then I’ll Stacey too.” My two brothers ignorantly nodded in agreement. At this point I was feeling very frustrated with my non-comprehending family and reminded everyone there was no reason why Christmas would change when we have celebrated in the same manner every single year. My family stared just as uncomprehendingly back as they gently reminded me that Dad was married now. Panicking, I looked over at Joe, now 17, who is typically my ally with all things family related. He looked back at me with the same alarm, wondering how it was possible that 7-year-old girls could be so tall.

In the next few days I thought about my semi-irrational thoughts regarding this holiday season. I’ve realized how selfish some of my actions have been this past year and how quick to judge I have been at times. It hit me that my dad is happier than he’s been in years, and that everyone else is adapting a lot more quickly and appropriately than I am. Ever the therapists, both my parents have spared my feelings and have not resulted to calling out my immaturity.

At the age of 20, I made the realization that many of my peers made a decade ago. While I have understood for some time now that I may not be making a large enough effort to be a great step-daughter, I have also at times forgotten how to be a good adult daughter. When I was younger, I used to think about how cool it would be to have more siblings, especially a sister. Now I have an older sister and another older brother who have both been extremely welcoming to my family. While my family has remained complete over these last 14 years, my dad’s has now been recompleted and mine has been expanded.  7-year-old Claire has mostly retired back to the memories of Gameboy Advance and trying to love a violent hamster. I look forward to the start of new family traditions and having the privilege of loving a greater amount of people.