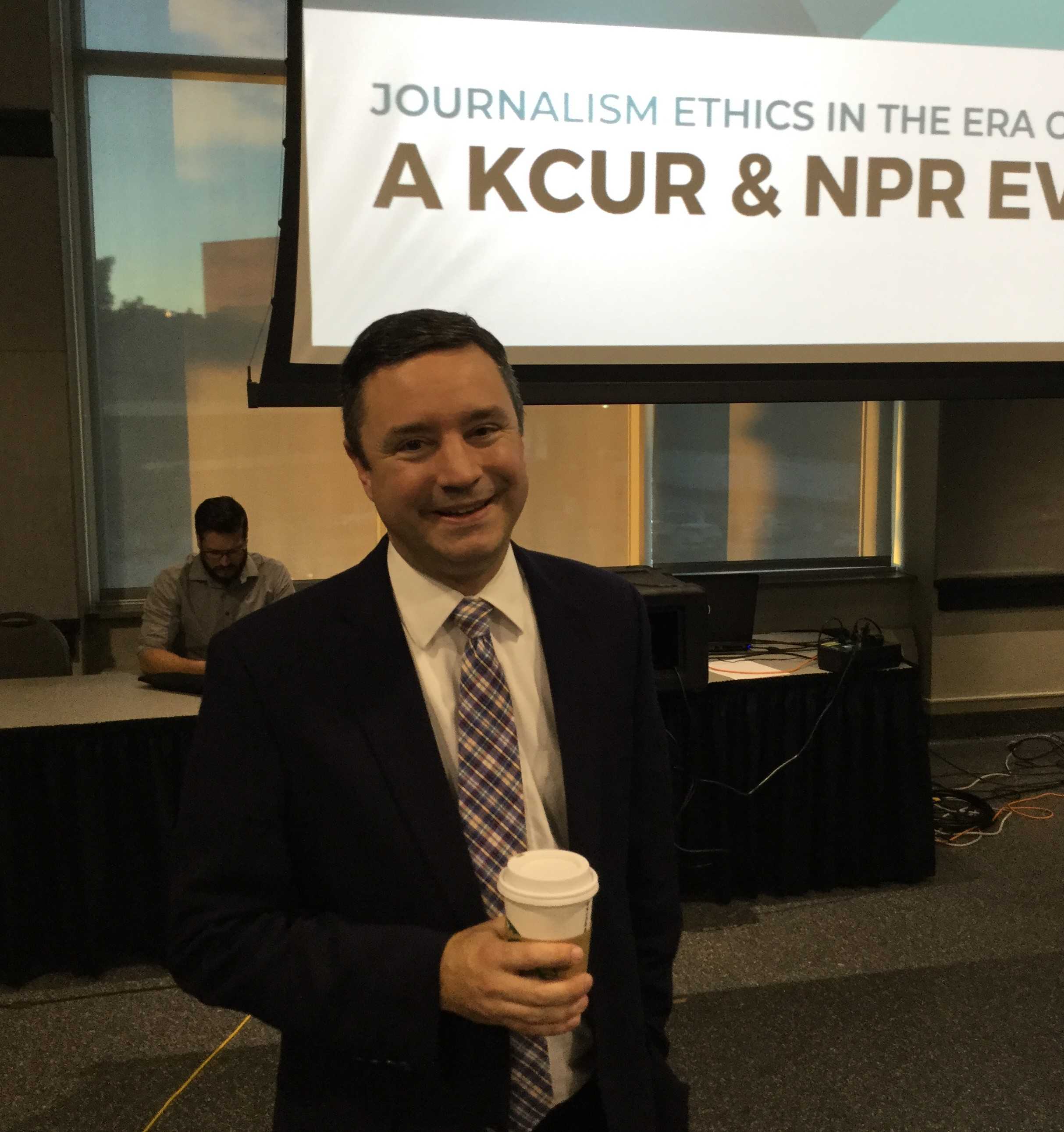 In the era of Trump and media criticism, the term “fake news” has burst into the mainstream.

On Tuesday evening at Pierson Auditorium, KCUR and NPR hosted “Journalism Ethics In The Age Of Fake News”, a panel discussion on what the term means to the world of journalism.

The panelists were KCUR’s Brian Ellison and Donna Vestal and Supervising Editor of NPR Mark Memmott.

Many news organizations have come under fire in the age of “fake news”, including NPR.

Vestal said she’s attuned to criticism of NPR, and she welcomes it.

The panelists expressed concern about “fake news” itself and how it could damage a news organization’s reputation.

The event featured a video of President Trump criticizing CNN, a network he often targets for publishing “fake news”.

The panel also discussed the important distinction between fact and opinion, noting that outlets such as Fox News and MSNBC are opinion-oriented.