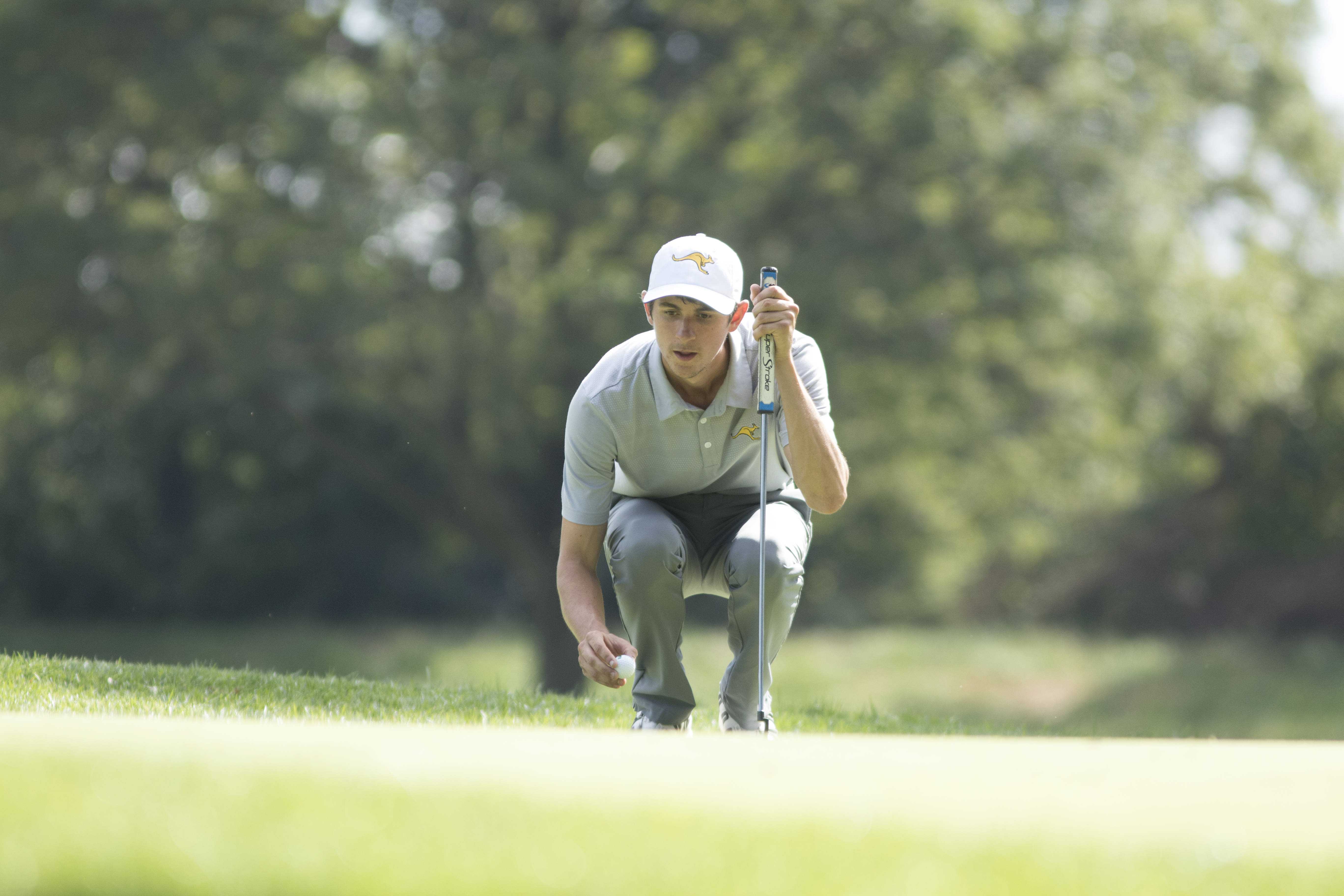 Men’s golf has been on a steady rise for Kansas City Athletics, due in part to a strong, consistent core of players.

“Our coach has put together a really good group of guys together,” said senior McCain Schellhardt. “He’s really gone out to get some good talent from foreign countries like the Czech Republic and France and here in the states as well.”

The team was led last year by Schellhardt, who was named the 2019 WAC Golfer of the Year and All-WAC First Team, as well as Francois Lagraulet and Maxence (Max) Catherine, both of whom were selected 2019 All-WAC Second Team. The Roos ended the year with the best record in school history.

“It was awesome to be the WAC Golfer of the year,” Schellhardt said. “It wasn’t something I was expecting. I knew I played well, but there are a lot of good players in our conference that played well throughout the season as well. To be named WAC player of the year was a really big honor.”

Following their second straight WAC Championship and fifth league title overall, the Roos advanced to the 2019 NCAA Regionals in Austin, TX. This success was aided by maintaining the team’s core over the past several seasons, which helped the Roos build a strong bond on their team.

“We mesh together really well; our coaches have recruited really good guys who care about the team and sport,” Schellhardt said. “It’s much easier to play with guys who appreciate what they’re doing.”

In May, the team played in a three-day tournament, tying for ninth place on day one, while Schellhardt and Vitek Novak tied for 22nd overall, first team.

Catherine improved by two strokes on day two (the only Roo to do so) and was tied for 51st overall. Lagraulet eagled on the par-five No. 14, one of only five players in Austin to do this.

On day three, the Roos ended the tournament with the highest finish in school history, placing 10th with a total score of 890. Schellhardt tied for 29th overall, sophomore Paul Foulquie tied for 42nd, and Novak finished 45th.

“The golf course overall was very difficult, the conditions were really tough,” Schellhardt said. “It was a course where you had to have your best stuff; none of the guys on the team felt like we had our best stuff that week.”

The Roos are prepared to take what they have learned from the NCAA Regional tournament with them this coming year.

“The biggest thing is being comfortable in higher-stressed situations and building off the confidence and experience,” Schellhardt said. “We have a lot of experience, and when we get to [the tournaments] we know we’ve been there before and are able to perform under those situations.”

Previous articleYour Voice, Your Vote, Your Library
Next articleTop ways to relax around campus