It Leaves a Bad Taste, But I Cannot Take My Mind Off It: A Review of “The Green Inferno” 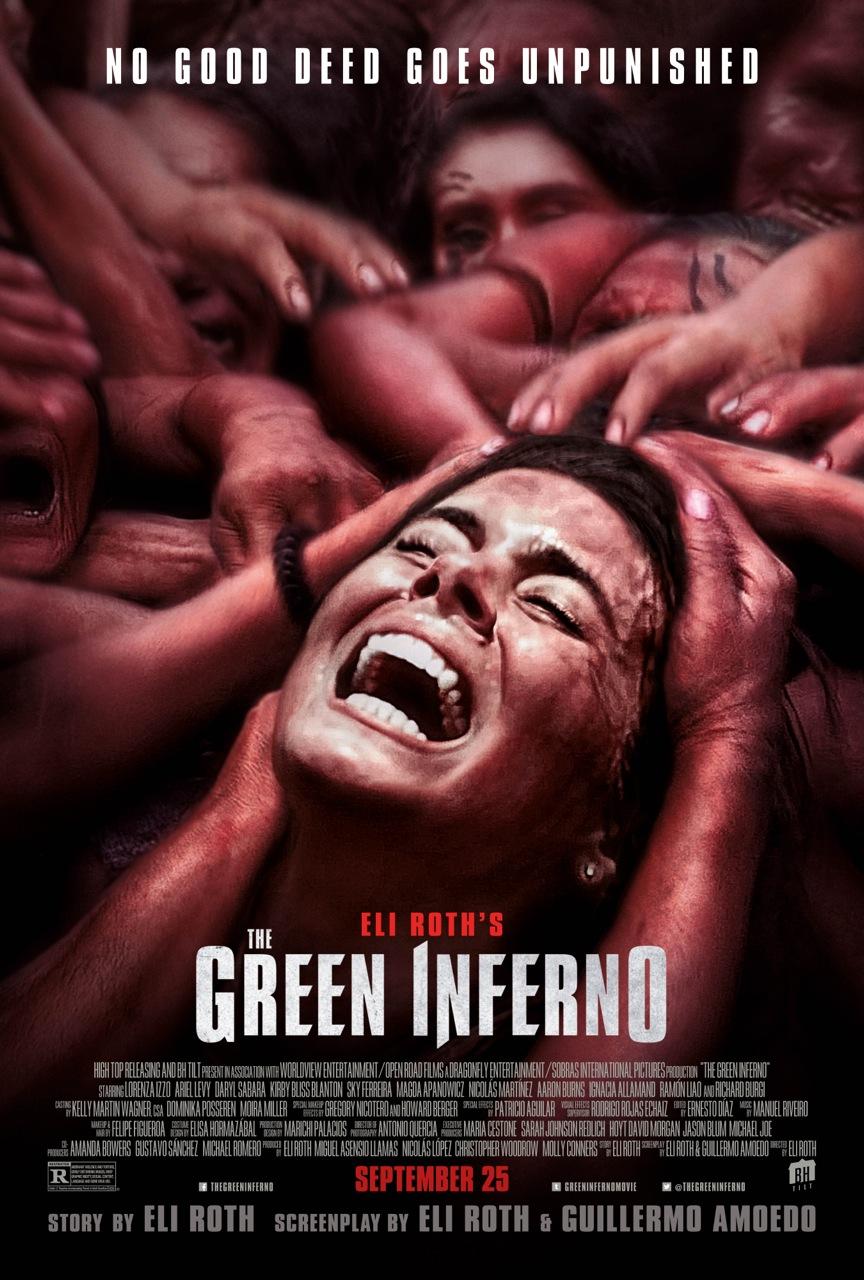 It has been a rather long time since a film has produced such a feeling of nausea and sickness.

Eli Roth’s latest film—the first since his 2007 effort “Hostel: Part II”—is one such film. “The Green Inferno” is a modern take on the exploitation genre in the vain of films such as “Cannibal Holocaust” and “Cannibal Ferox.” “The Green Inferno” falls into many of the tropes which permeate the genre. However, it sets itself apart with its gut-wrenching gore and convincing performances from its actors and actresses.

Exploitation films which were popular in the 60s and 70s typically celebrated taboo subjects such as violence and sex. They usually possessed low budgets and relatively unknown actors. These productions featured over-the-top gore, violence and sexual imagery. “The Green Inferno” has these in spades.

The first half hour of the film serves to establish its characters and narrative, driving the plot forward. The plot follows a group of college students, members of an activist group, who travel to the Amazonian rainforest to protest deforestation. After their plane crashes, the students find themselves stranded and held captive by an indigenous tribe of cannibals.

One of “The Green Inferno’s” most horrific and grotesque scenes comes shortly after the group is captured. A student named Jonah is taken, drugged by the natives and then held in place atop an altar. First, his eyes are painfully removed one after the other. Then each of his limbs are severed one by one, culminating with Jonah’s decapitation. This scene features many extreme close-ups of the violence with the camera almost relishing in the bloodshed and gore.

Lead actress Lorenza Izzo, Roth’s wife, portrays the college freshman Justine. She delivers a convincing performance as the daughter of a United Nations attorney. Justine is captivated by her school’s activist group and the passion with which they pursue their causes. Izzo stunningly conveys feelings of intense dread and fear in her scenes. Of particular note, is a scene where Justine is almost forced to undergo female genital mutilation.

It should be noted that Roth’s commentary—focusing on the recent trend of social media activism—comes across confusingly. “Activism is so fucking gay” is an actual line in the film. Apparently meant to criticize the average college student’s perspective on world issues, the line instead contradicts other aspects of the film. Roth makes it clear that deforestation is an awful practice, supporting activism against these acts of destruction. However, the entire premise of the film is centered on punishing those who partake in “Twitter activism,” seeking popularity and fame for their actions instead of actual progress.

Another noteworthy element of the film includes the use of an actual indigenous tribe as the natives. While the tribe is obviously not cannibalistic, they have never before been filmed. In an interview with Empire magazine, Roth revealed that the tribe in question had never seen an actual movie. Naturally, he chose to screen “Cannibal Holocaust” for them—surprisingly, they thought the graphic and violent movie was a comedy.

Roth’s “The Green Inferno” is one hell of a trip that celebrates violence and depravity but leaves you feeling for its characters and the suffering they are subjected to. Most certainly not for the faint of heart but will prompt many discussions about its subject matter.