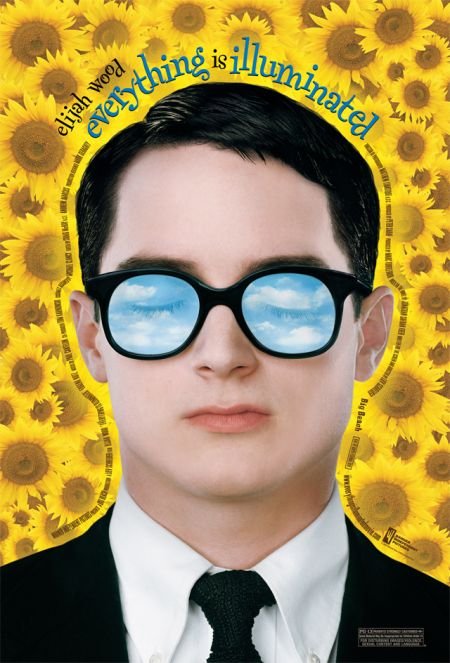 “Everything Is Illuminated,” a novel published by Jonathan Safran Foer in 2002, was released as an independent film in 2005, telling the story of a young Jewish-American man who embarks on a “very rigid search” in the Ukraine for a woman who saved his grandfather during World War II.

Foer (Elijah Wood) travels with Alexander Perchov (Eugene Hutz) and his self-diagnosed blind grandfather (Boris Leskin), who makes a living from giving heritage tours, “a business he started in 1950s, mostly for aiding rich Jewish people to search for their dead families. It is a strange employment for Grandfather, as there is nothing he hates more than rich Jewish people or their dead families,” Alex said. Even though Alex’s grandfather claims to be blind and he is retired, his son insists that he drive Jonathon to Trachimbrod because he offered to pay $1,200 “American.”

The film candidly showcases the grandfather’s anti-Semitic views, but in a humorous and somehow non-offensive way. This personality flaw sorts itself out as the major twist of the film is revealed at the end of the tour.

Jonathan is a collector—he uses Ziploc bags to protect inanimate objects as memorabilia for each of his family members that he displays on a wall in his home. His vast collection of items ranging from retainers to underwear fills an entire wall, yet he only has one item under his grandfather’s photo.

A small orange stone with a grasshopper encased in it is the only remaining clue to his grandfather’s identity. Augustine, the woman who saved his grandfather from the Nazis, wore this stone around her neck as revealed in an old photo of the two that Jonathon carries with him.

“Everything Is Illuminated,” the film adaptation of Foer’s novel, casts actors who breathe life into the characters’ roles. Hutz as Alex was a perfect selection to play Jonathan’s “humble translator,” as he introduces himself to Jonathan at the train station. Hutz’s band members from Gogol Bordello accompany him to the platform, playing “The Star-Spangled Banner” to welcome Jonathan to the Ukraine. Alex’s broken English is hysterical and consistent, using words like “premium” to describe anything good and “distressed” to mean “afraid.”

Alex holds up a sign with “Jonfen S. Foer” scrawled across it. He calls out to Jonathan, who tries to correct the pronunciation of his name but his efforts were of no avail. He is referred to as Jonfen throughout the rest of the tour.

Wood as Jonathan is a charmingly nerdy vegetarian sporting oversized glasses and a stuffy suit. His idiosyncrasies are highlighted for comic effect throughout the film, and Alex and his grandfather often poke fun at this strange Jewish-American man.

Jonathan’s diet restrictions become a problem at their first meal in Ukraine when he tries to explain to his guides that he does not eat meat. They are appalled that he won’t even eat sausage, and the waitress asks the guides if he has a problem. Grandfather replies that Jonathon is demented and the waitress nods in agreement.

Leskin as grandfather is the epitome of an old stubborn man. He convinces his family that he is blind after his wife passed away and he insists on getting a “seeing eye bitch” to assist him. He names the dog Sammy Davis, Jr. Jr. after “his favorite negro in the Rat Pack.” After receiving the explanation of the dog’s namesake, Jonathon explains to Alex that he shouldn’t use the word “negro.”

Jonathan told Alex he is “distressed” by dogs when he first meets Sammy Davis, Jr. When Alex translates to his grandfather what Jonathan says, Alex tells Jonathon, “Grandfather informs me that this is not possible.” This phrase is translated from grandfather’s rude response: “Bullshit. No one is afraid of dogs.” Alex uses this phrase with Jonathan several times throughout the tour to euphemize his grandfather’s harsh retorts.

The side-splitting humor comes to a halt once they reach Trachimbrod, the village that was destroyed by the Nazis in 1942. They arrive at an elderly woman’s home, and grandfather instructs Alex to ask her about Trachimbrod. He shows he the photo Jonathan carries with him and she informs him that they are here. “I am it,” she said.

The woman, Lista (Laryssa Lauret), is a collector also, having kept the remnants of the Jewish village. She is the sister of Augustine, who was killed during the Nazi raid. Lista recalls fond memories of Jonathan’s grandfather Safran, who went to America to find a home for him and Augustine just one week before Trachimbrod was destroyed.

Grandfather stares knowingly into Lista’s eyes and promptly asks Jonathan and Alex to give them some privacy. Soon after Lista leads them on foot to the village site, and the men trail her in the car with the dog sitting on the hood. Lista refuses to ride in the car, for she has never ridden in one and she is afraid.

A small plaque inscribed with Hebrew is all that remains of Trachimbrod. Lista tells the heartbreaking recount of the raid, explaining how the Jews were forced to spit on the village’s Torah brought by their first rabbi hundreds of years before. The soldiers held a gun to Augustine’s pregnant belly and ordered their father to spit on the Torah. When he refused, the soldiers killed his daughter.

Flashbacks of a young Lista collecting remnants like eyeglasses from massacred villagers create a haunting and disturbing turn of the plot. Grandfather appears in these flashbacks, but not in the way the audience expects.

Jonathan thanks Lista for answering the questions about his family’s past, and the men begin their journey back to the train station. A shocking and unfortunate event forces Jonathan and Alex to complete their return to the train station without grandfather.

“I have reflected many times upon our rigid search,” Alex said. “It has shown me that everything is illuminated in the light of the past. It is always along the side of us, on the inside, looking out.”