I’m Not With Her – Why Hillary Shouldn’t Run Again 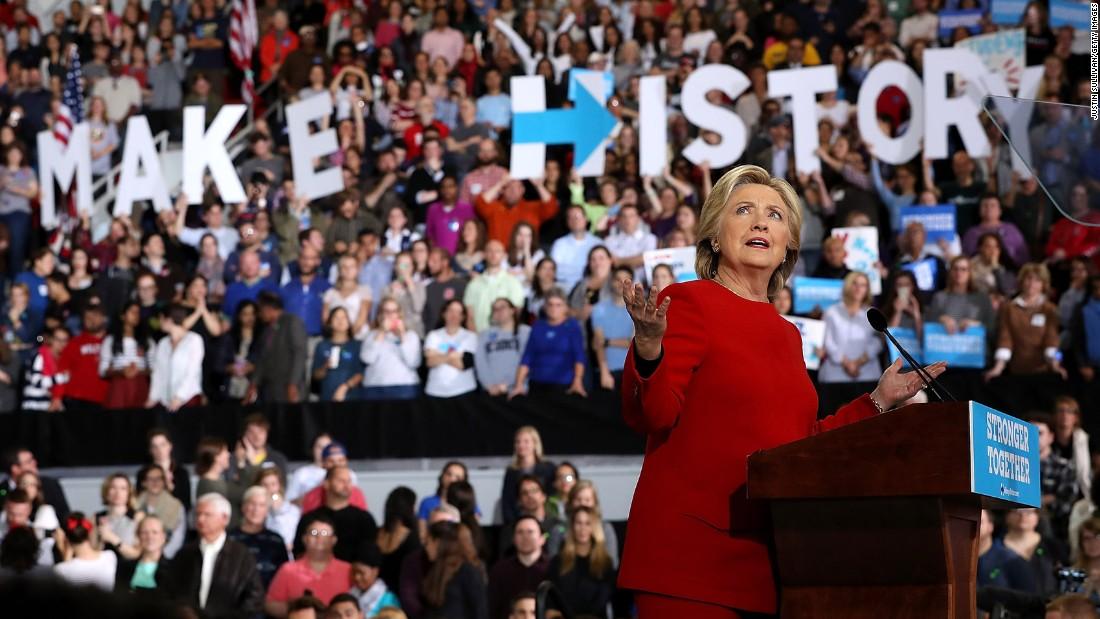 People don’t have to know me for long before they learn about (or at least begin to suspect) my political views. I’m an intern at the Women’s Center on campus, I wear a pin on my bag that says “feminist as f*ck,” I’m openly queer, and I have piercings, tattoos and pink hair.

Yet on Wednesday, I found myself nodding my head in agreement with a Fox News article called “Why Hillary Clinton will never be president.”

The article is one of several responses to a Wall Street Journal article published on Monday. Titled “Hillary Will Run Again,” the article presents Clinton as the overqualified underdog who is determined to avenge her 2016 loss. WSJ writers Mark Penn and Andrew Stein claim that Clinton’s comeback is inevitable.

“More than 30 years in the making, this new version of Clinton, when she runs for president in 2020, will come full circle – back to the universal-health-care-promoting-progressive firebrand of 1994,” they write.

Penn and Stein briefly describe Clinton’s history in politics before diving into the 2016 presidential election, where it supposedly all went wrong.

“But Mrs. Clinton’s transformation during the primaries, especially on social and cultural issues, cost her an easy win against Donald Trump,” Penn and Stein write. “…Mr. Trump stole many of the white working-class voters who might have been amenable to the previous version.”

With or without Trump, Clinton’s undeniable aloofness cost her a number of voters.

While I respect Penn and Stein’s WSJ piece, Lisa Boothe’s Fox News article seems more grounded: responding to Hillary’s different personas throughout the years, she writes, “…None of those versions became president and no matter how many times Clinton tries to reinvent herself, she cannot change who she is at the core: inauthentic, unlikeable and out of touch.”

It may seem cruel, but it’s true. Clinton has cemented her place in history and certified herself as a hero among women in politics. In the span of her career, she has advocated for women and children through legislation—take the Violence Against Women Act, for example.

But no matter how much I want to break the glass ceiling and see a woman elected as president, I cannot be convinced that a 2020 presidential run would be successful for Clinton.

The 2016 primary election polarized Americans like never before, and Trump added fuel to the fire of hatred for Clinton: the emails, Benghazi, her husband’s mistakes while in office—nothing was off limits for him.

Even after being elected, Trump’s followers still call Clinton “Killary” and “Crooked Hillary,” among other less-than-appropriate nicknames.

Thanks to my upbringing, I’ve been given the opportunity to see and hear political commentary in a unique way. The opinions of my friends and family vary—I was raised in a conservative small town and later moved to Kansas City, which is larger and more diverse.

I can’t imagine that another run for Clinton would go over well with either crowd. My traditional friends are vehemently against her. My progressive friends tolerate her at best.

Although the Wall Street Journal claims that Clinton has “a 75 percent approval rating among Democrats,” President Trump and his followers already have a slew of tactics from the previous election to use against her.

Do we really believe that the man who lied nearly 500 times in his first 100 days of office will forget about how he demonized her in 2016? I don’t. (Source: https://www.washingtonpost.com/graphics/politics/trump-claims/?noredirect=on&utm_term=.6bd04ffbe7f5)

Boothe writes, “Clinton’s authenticity has also taken a major hit over the years because she changes policy positions depending on where the political winds are blowing. That gives the perception that she is not rooted in any core beliefs.”

She’s right. In 2013, Clinton announced that she supports same-sex marriage, a claim that contradicts her 2004 statement that “…Marriage is not just a bond but a sacred bond between a man and a woman.”

It was only after other politicians received thanks for supporting the LGBT+ community that Clinton followed suit. Minorities are wary of Clinton’s uncertainty, and it will be no different in two years’ time.

Some Democrats believe that supporting Clinton is a way of showing support for all women, but again I disagree.

True equality can only be achieved when Americans have as many potential female candidates to choose from as they do male candidates.