If you want to watch “The Devil All the Time” for the heartthrobs, don’t 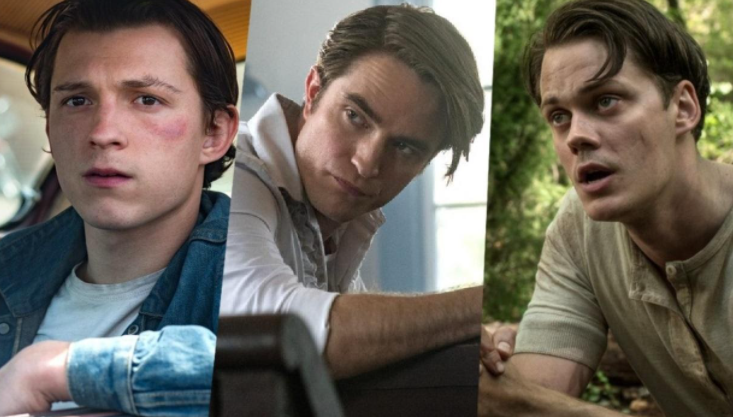 Netflix’s new original film, “The Devil All the Time” is not for the faint of heart.

Pride yourself all you want on being able to stomach anything, but you may want to take in the images of this film cautiously. Directed by Antonio Campos and based on the novel by the same name written by Donald Ray Pollock, the film’s plot intertwines with various storylines but focuses mainly on the life of Arvin Russell, played by none other than Tom Holland.

Holland disputes any doubt that he can shake the Spider-Man persona and play a character with more depth and trauma than the recognizable superhero. In the first act of the film, Arvin’s father —played by Bill Skarsgård— puts him through the wringer in his early childhood, forcing strange prayer practices onto him and making him witness various violent, gruesome acts that he commits. After both of his parents die, Arvin goes to live with his grandmother, uncle and Lenora, a young girl his grandmother took in after her mother’s death and her father’s disappearance.

The protectiveness that Arvin feels for his loved ones drives this film. In the tiny town that they live in, everyone shows up to church on Sunday. Everyone trusts the preacher (played by Robert Pattinson). Everyone except Arvin. He knows something is wrong with him and that he’s no good. He’s not blinded by his faithfulness to the church and will stop at nothing to protect the people he loves.

In a gripping, violent and suspenseful film, we see the harsh realities of the world and how things were in small-town America throughout the 1950s and 60s. “The Devil All the Time” will have you on the edge of your seat with anticipation and anger as you watch one male after another abuse their position of authority.

If you think you’re brave enough to give this film a shot, the various storylines and characters tie together nicely in a gripping and satisfying ending, almost allowing you to briefly forget about the violence that ensued in the moments prior. In a star-studded cast of Hollywood heartthrobs and starlets, “The Devil All the Time” has the great potential to go down as a suspenseful classic.