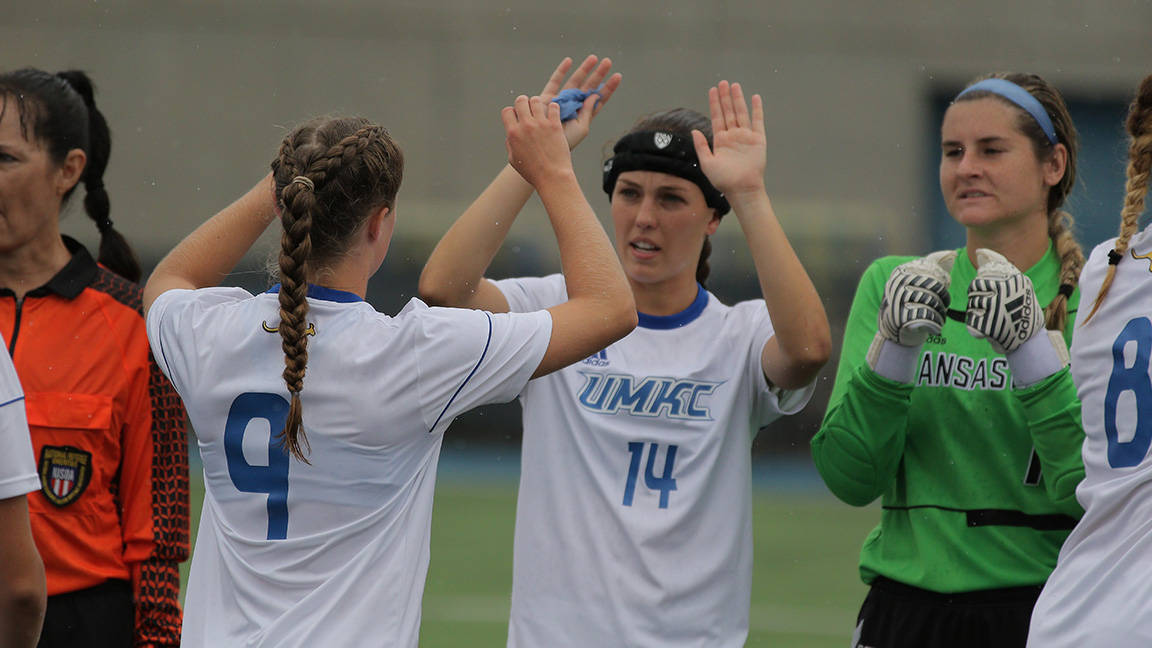 Lexie Howard slid behind her defender down the left flank of the field to meet a through ball out of the midfield. It only took two touches to settle. The third touch curled the ball into the opposite corner of the goal past the gloves of the outstretched, helpless keeper.

Howard turned smiling to her teammates with a single fist in the air followed by a second as she was embraced by the rest of her team. She gave the Roos a lead on that day and cemented her legacy amongst the greats in the history of the program.

Lexie Howard broke the record for the most goals scored in UMKC Women’s Soccer history while playing against nationally ranked Oklahoma State University.

“I hit it and thought that was not very hard at all,” said Howard. “Then, it just rolled in.”

Howard’s newest record, scoring 33-career goals, adds to her illustrious career. She already holds the program record for most career points (83) and most career game-winning goals (13).

One of her favorite goals was a game-winner she delivered off a corner her freshman year in double overtime against Bakersfield.

“That [goal] was my first college header, and it won the game,” said Howard.

Another memorable goal of Howard’s was her first. The goal came in a road victory just four games into her freshman campaign.

“I don’t remember much [about the goal], but I was pretty hyped,” said Howard.

Before leaving UMKC Howard wants to do something that the team hasn’t done since she arrived on campus, book a trip to the NCAA tournament.

Last year the team won the regular season Western Athletic Conference title but lost in the semifinal of the conference tournament which would have guaranteed a spot in the NCAA tournament.

She is a two-year captain of the team and has transitioned into a role of leadership.

“I have never been a vocal person,” Howard said. “My goal is to lead by example. I can’t ask anyone to work hard if I’m not working hard. So my goal is to always work hard.”

Howard graduates in May 2019 with a degree in middle school math education. Her dream is to go back to her hometown, Kearney, Mo., to teach.

Soccer is not currently in her post collegiate future, but she is looking forward to the rest of her season with her eyes set on the NCAA Tournament.