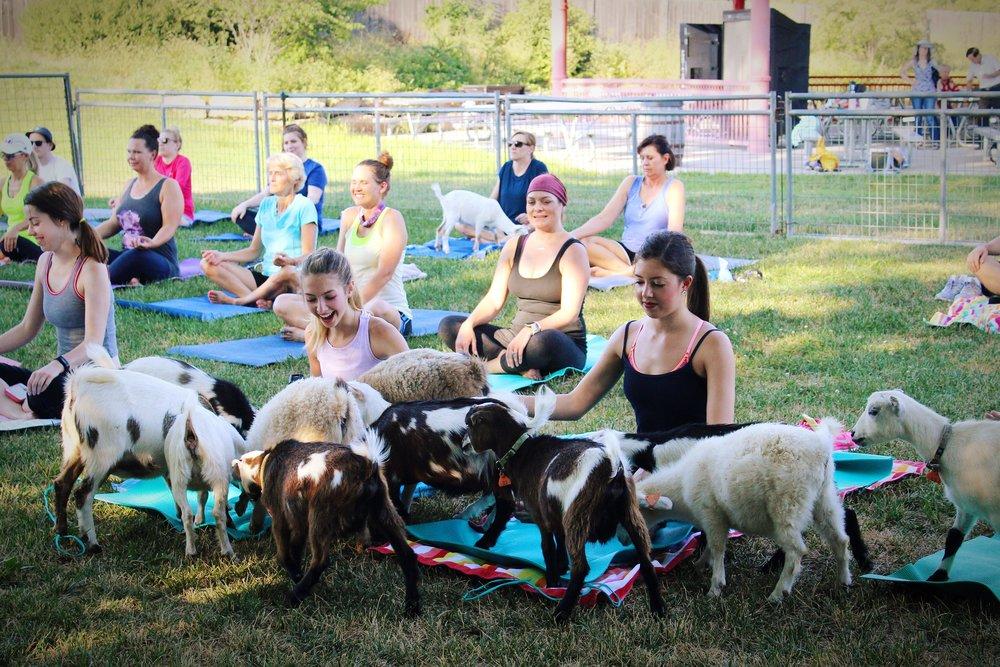 “We ask people to come with an open mind,” said instructor Nikeila Jensen.

Goat Yoga, created in Oregon by Lainey Morse, is becoming a trend across the country.

Jensen heard about the idea from a colleague, and after several meetings, they established their first Goat Yoga on Sept. 23, 2017.

“It was a great turnout,” Jensen said.

Doing yoga calms the mind and relieve stress. Add the goats, and one can only imagine what to expect.

“It was unexpected, but I really like it,” said student Sabina Lyakhova, who heard about Goat Yoga from a friend. “I’d never done yoga before, but it was still exciting. There were miniature goats all around. The goats were climbing on people’s back and following a woman with food. It was adorable.”

Lyakhova went to Deanna’s Farmstead, another Goat Yoga location, over the summer, and even though they were adorable, she did admit doing the yoga with goats was a distraction.

“I think I did 40 percent yoga, and about 60 percent focused on the goats,” Lyakhova said.

Overall, Goat Yoga has been a treat to many people.

Unfortunately, recent Goat Yoga events on campus have been canceled, but those interested can go in Spring 2019.