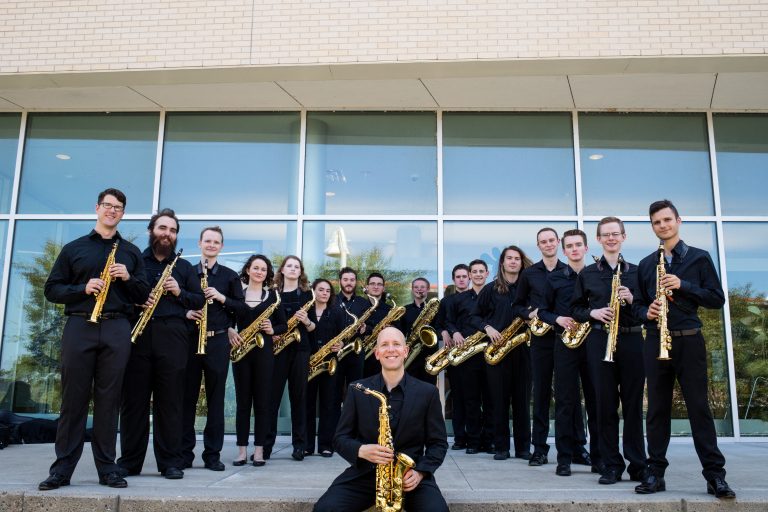 The program included jazz, orchestral works and even multimedia, with one piece featuring images from space.

The first piece, “Ciudades: Sarajevo (Bosnia and Herzegovina),” was composed by Guillermo Lago in 2011. The piece was very somber and haunting, possibly reflecting the gruesome Bosnian War of the 1990s. As somber as the piece was, it was played with raw and subtle power.

The second piece, “Vesper Sparrow,” was composed by Missy Mazzoli in 2012. There were eight musicians, and it began with them joining in cannon and continued with a heavy jazz influence. There were significant changes in volume throughout.

The third piece, titled “Electric Aroma” by composer Viet Cuong, featured UMKC student Corey Seapy as the conductor. Written last year, the piece was full of jazz influence that may have sounded a bit unusual to the average listener.

Of the piece titled “We Seven,” featuring the aforementioned multimedia effects, Seapy had this to say: “It’s a beautiful work that was written for our Wind Ensemble, and I thought the narration and NASA imagery complemented the ensemble’s engaging performance well.”

The fourth piece, “At the Purchaser’s Option,” by Rhiannon Giddens, was written in 2017. It stayed in the jazz vein, but seemed a bit more traditional than the previous piece—musically that is. Less traditionally, some of the musicians stomped on the floor as part of the performance.

After the intermission, the scene changed to a more orchestral setting, with a plethora of musicians present. The first of these three orchestral pieces was named “Finale from Symphony No. 3” (1958) and was composed by Vittorio Giannini. The piece began dramatically and overall sounded very modern.

Seapy was thrilled with how the concert turned out.