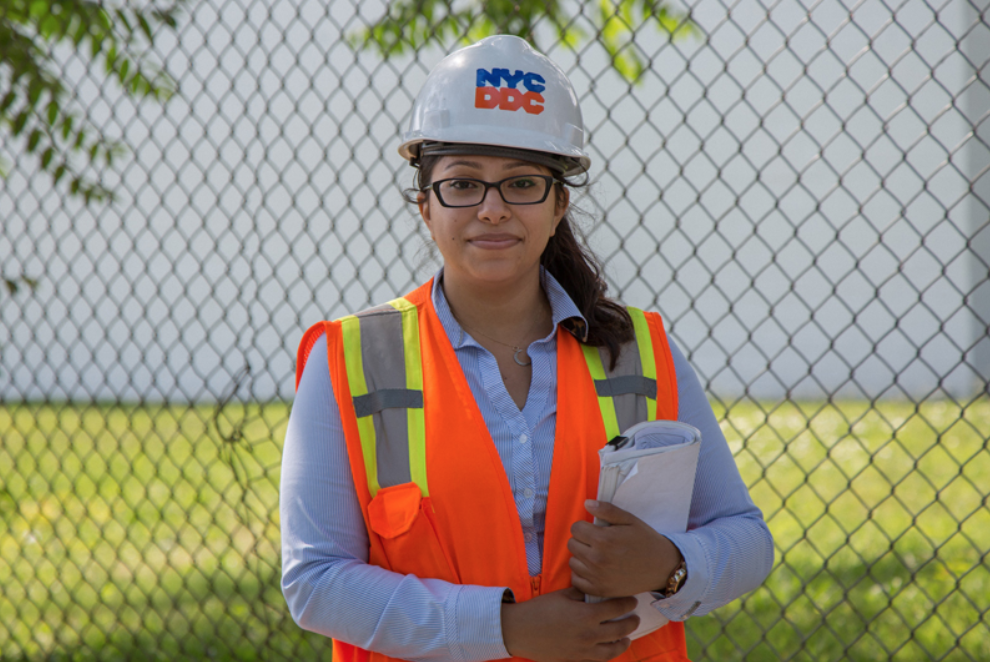 Hurricanes are one of the most feared natural disasters. Though rated by wind power, hurricane waters are far more dangerous. According to the National Hurricane Center, 88% of hurricane-related deaths in the U.S. are caused by storm surges, flooding and other water-related issues. Around the world, engineers are working to control the flow of water during storms. In New York City, one of the engineers focusing on stormwater mitigation is Vanessa Galvez.

Galvez grew up in Queens, New York, the daughter of Salvadorian immigrants. Like most future engineers, as a child, Galvez enjoyed taking things apart to see how they worked. In 2008, she completed high school at Thomas Edison Vocational and Technical High School in Jamaica, Queens, with a special focus on AutoCAD and Technical Drawing. She became interested in Civil Engineering after watching a documentary about levee failures in New Orleans during Hurricane Katrina. Poor structure design by the U.S. Army Corp. of Engineers in 2005 led to 80% of New Orleans flooding, damaging over 100,000 homes and businesses.

Galvez was the first generation of her family to go to college, attending the New York University Tandon School of Engineering in Brooklyn. She worked as a teaching assistant for her department, overseeing a lab and assisting other students with a robotics project. She was also a research assistant developing lightweight concrete samples for future construction projects. She participated in the Concrete Canoe Competition, the American Society for Civil Engineers and the Society of Hispanic Professional Engineers. She completed her Bachelor of Science degree in civil engineering in 2012.

Galvez joined the New York City Department of Design and Construction as a resident engineer. The same day, Hurricane Sandy smashed into New York City, killing 44 residents and doing about $19 billion in damage in a 48-hour period. Following the devastation, New York City invested in protections for its most at-risk areas. In 2016, at the age of just 26, Galvez led the $3.8 million construction of 164 bioswales in the Maspeth, Queens area. Bioswales are green patches in urban areas, packed with extremely absorbent soil and specially-selected plants to drink up any runaway rainwater. Bioswales protect city sewer systems from being overwhelmed during storms and reduce the risk of flooded streets. Galvez’s specular management earned her a page in the book “Everyday Superheroes: Women in STEM Careers,” by Erin Twamley.

In 2018, Galvez left the NYC Department of Design and Construction to work as an associate project manager for New York City Transit. Last year, she accepted a position as an office engineer at Jacobs, a Civil Engineering firm focused on sustainability and inclusion. She’s currently working on a pedestrian bridge project in the Bronx.