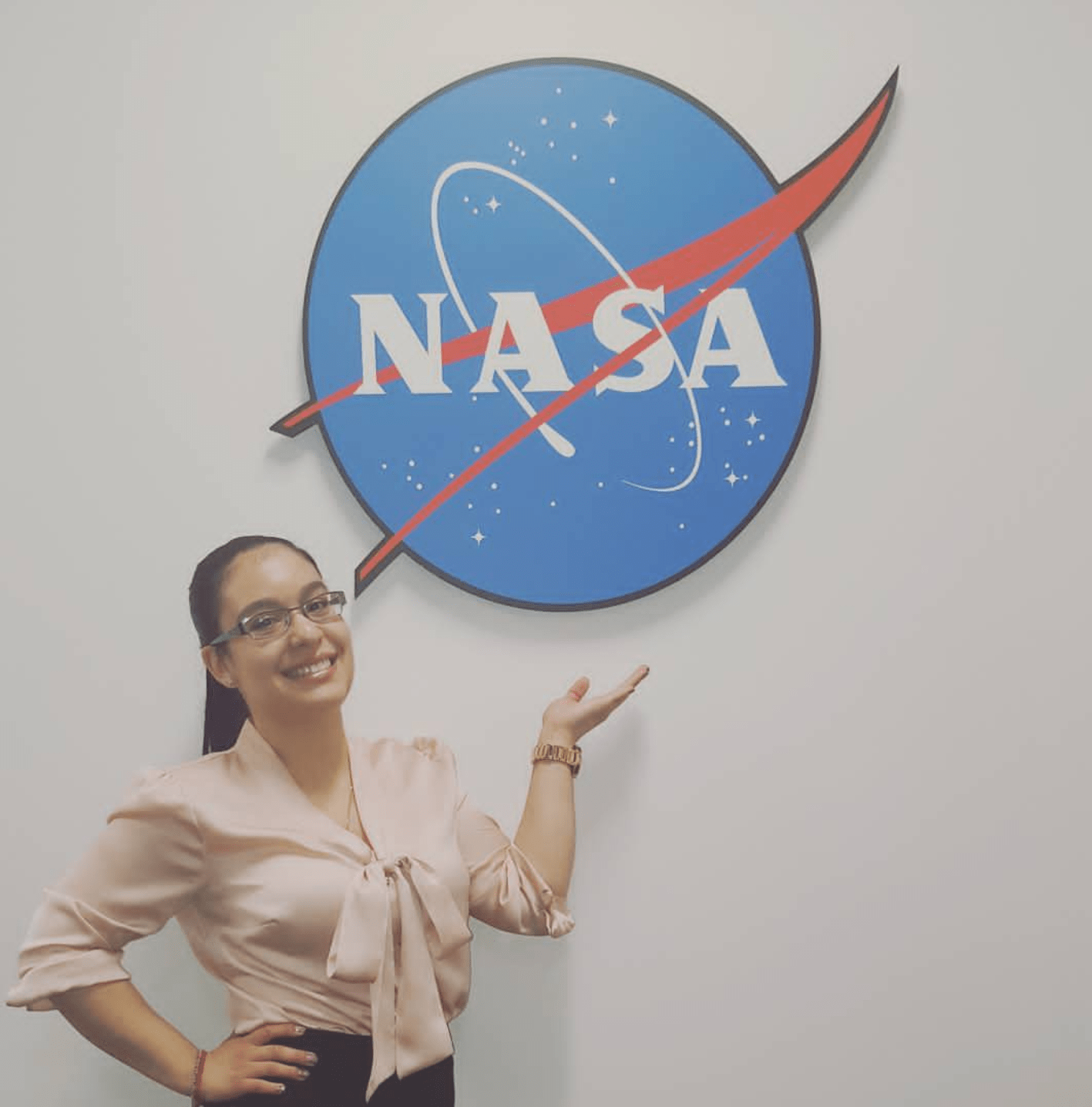 The world of astronomy changed in 1990 with the launch of the Hubble Space Telescope. For nearly 30 years, Hubble has dazzled the world with unrivaled images of distant stars and galaxies. But the successor of Hubble is coming: the James Webb Space Telescope (JWST).  Scheduled to launch in 2021, JWST is taller than a three-story building and hosts the largest mirror ever placed in space. JWST will probe each epoch of cosmic history, from the light of the very first stars to the formation of the solar system. One woman in STEM preparing for JWST is Spacecraft Engineer Scarlin Hernandez.

Hernandez was born in the Dominican Republic in 1991, but her family moved to Brooklyn when she was just 4 years old. Her family didn’t have much, but her mother taught her to be a strong and independent woman. In 2009, Hernandez was awarded a full, four-year ride from the National Science Foundation to attend Capitol Technology University in Laurel, Maryland. While in school, she started a Society of Women Engineers (SWE) group at her university and served as secretary and later president. She also did an internship at the NASA Goddard Space Flight Center, where she worked on the Tropical Rainfall Measuring Mission. She completed her bachelor of science degree in computer engineering in 2013.

After graduation, NASA offered Hernandez a full-time position as mission planning lead and system engineer for the Tropical Rainfall Measuring Mission. In 2014, she joined the Space Telescope Science Institute (STScI)—part of the Association of Universities for Research in Astronomy (AURA)—in Baltimore. Now a Spacecraft Engineer for JWST, Hernandez develops and tests code for the Deployment Control Subsystem. JWST is the most complicated space telescope ever designed and relies on multiple deployment events to get it ready for observations. Hernandez’s work testing command codes before launch is vital to the success of the mission.

In addition to her work on JWST, Hernandez also works to improve education and diversity in her field. She started a STScI mentoring program for students from her nearby alma mater.

In a video for NASA, she said, “I want to be able to motivate people and tell them they can do it, they can go after their dream. Sometimes they just need to see that one person who fought all the odds.”

In 2016, Hernandez started the Women Empowering Women Group at STScI to educate people about important issues like women’s history, discrimination and gender identity. In 2017, she was named one of 10 Latinas making their mark on STEM by online magazine Remezcla and featured by the Society for Women Engineers for Hispanic Heritage Month.