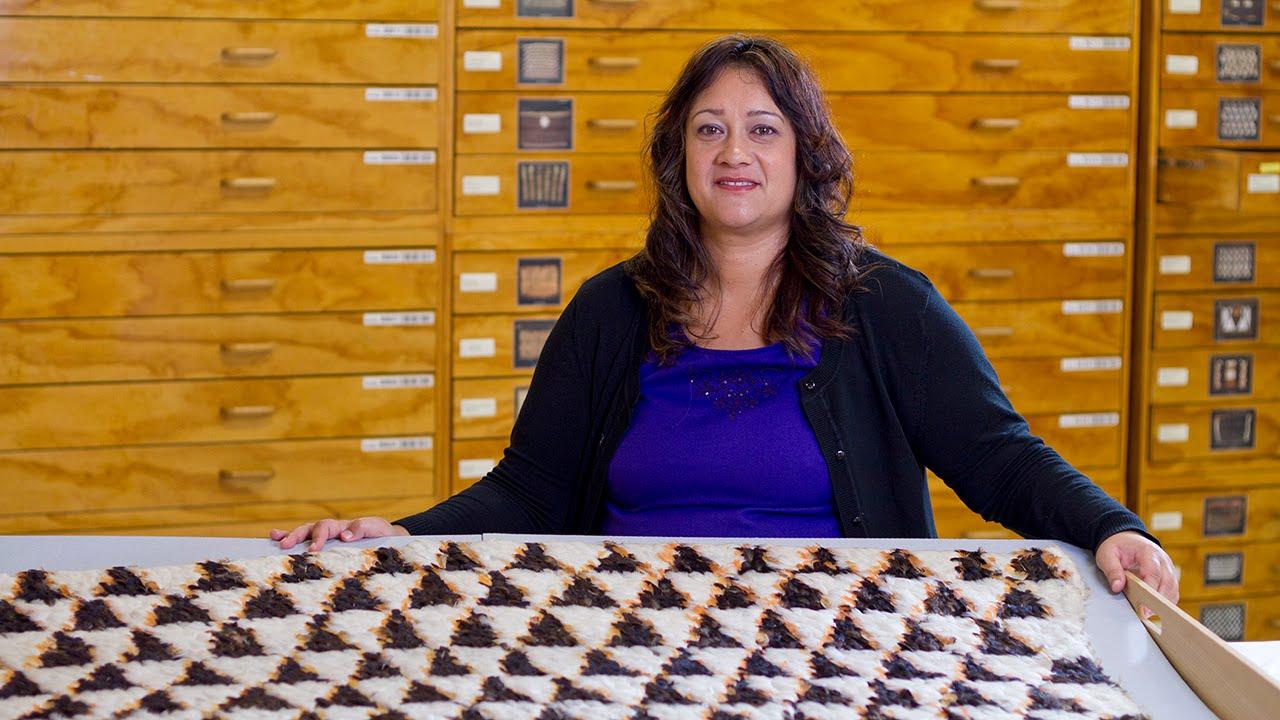 We often think of biologists as people working with test tubes in a laboratory or studying animals in the field, but those aren’t the only career paths opened by a degree in biology.

Biologists can also apply their work to neighboring fields like astrobiology (the origins of life and extraterrestrial life) or paleobiology (the lives of fossilized plants and animals). Hokimate Harwood applies her knowledge of biology to the study of historical artifacts from the Māori people of New Zealand. Harwood is a member of the Ngāpuhi iwi [tribe] in New Zealand. She was always interested in STEM fields, with chemistry and mathematics being her favorite subjects in school. She finished her secondary education in 1992, receiving a Victorian Certificate of Education from the Catholic Regional College in Traralgon, Victoria.

Harwood completed her Bachelor of Science in Biological Sciences and Physical Anthropology from the University of Auckland in 1998. She remained at the university for her master’s in environmental and marine science, which she completed in 2002. Her thesis research analyzed the tree fruit diet of New Zealand’s pigeon population (also known as kūkupa or kererū). After graduation, she accepted a position at the Museum of New Zealand Te Papa Tongarewa, where she continues to work today as a bicultural science researcher.

Harwood’s primary research is on feather identification for the Te Papa Māori cloak collection. She developed a microscopic technique to identify the bird species and geographic origin of feathers. Some of the species she identified had never been recorded in Māori weaving before. “Having that scientific knowledge, and background in birds in particular, has helped me in my job,” she said in an interview with Curious Minds. “Being Māori has helped with working with taonga [treasured possession of Māori culture]—knowing the tikanga [protocols] and reo [language] and having that mātauranga [Māori knowledge].”

Harwood is also passionate about educating others on bird species and her techniques to study their historical significance. She developed a bicultural science program at Te Papa. She presented her work with Māori cloaks at the Ethnobiology Conference in France in 2012. The same year, she gave a talk about bird conservation to 120 kids at Wellington School. In 2016, she led a feather identification workshop at the Whanganui Regional Museum.

Today, Harwood is applying her feather-identification skills to Te Ra—the last surviving Māori sail. Te Rā was kept in storage at the British Museum for more than two centuries and has never been studied. Howard has also returned to school for her Ph.D. at Te Whare Wānanga o Awanuiārangi in Whakatāne, New Zealand. Her advice to women in STEM is, “Don’t give up, even when (not if) things get difficult.”