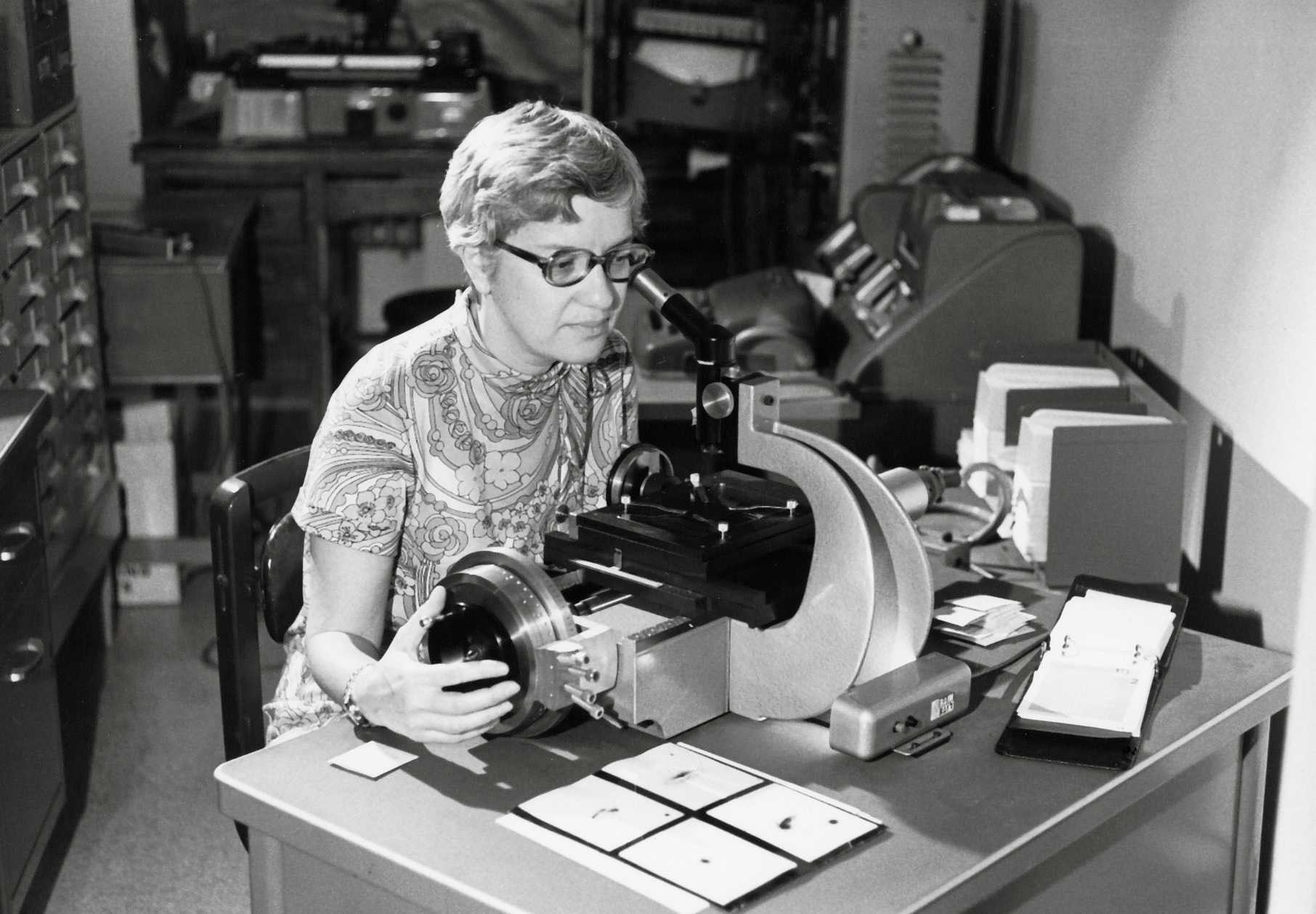 Few pioneers made as much impact in their field as Dr. Vera Rubin, whose work with galaxies provided evidence for the existence of Dark Matter and revolutionized our understanding of the universe.

Rubin knew she was passionate about astronomy from a very young age. In 1938, Vera was a 10-year-old living in Washington D.C.

She watched the stars from her bedroom window, often neglected sleep to enjoy the sky and even made maps of meteor showers.

Rubin’s parents supported her passion (though they weren’t happy she didn’t sleep). They even helped her make her own telescope and took her to amateur astronomer meetings.

Inspired by Maria Mitchell, the first professor in astronomy at Vassar College, Rubin completed her Bachelor’s degree at Vassar in 1948 as the year’s only astronomy major.

For her graduate work, Rubin applied to Princeton, but the astronomy department did not accept women into their program until 1975.

She was accepted to Harvard, but informed them that, due to her marriage to Robert Rubin (a student at Cornell), she would be going to Cornell instead.

In a 1989 interview with Alan Lightman, Rubin recalled Donald Menzel (a Harvard astronomy professor) scribbling a note across her withdrawal letter saying, “Damn you women. Every time I get a good one ready, she goes off and gets married.”

Rubin completed her Master’s degree at Cornell in 1951, and finished her Ph.D. from Georgetown University in 1954, where she became a faculty member.

In 1965, Rubin began working at Carnegie’s Department of Terrestrial Magnetism in Washington, D.C.

Working with a colleague, Kent Ford, Rubin began trying to find the total mass of nearby spiral galaxy M31, also known as the Andromeda Galaxy. To do this, the scientists looked at the orbital periods of stars inside M31 (how fast they are moving).

Like the planets in the Solar System, where outer planets move much slower than inner planets, Rubin expected stars far away from the center of M31 to be moving very slowly. But instead, Rubin found that the outer stars were moving just as fast stars in the center.

After confirming these results using dozens of other spiral galaxies, Rubin and her colleagues announced that there must be extra mass (Dark Matter) surrounding the galaxies. Originally proposed by Fritz Zwicky in 1933, Dark Matter has now become an accepted piece of the “Cosmic Pie”—largely due to Rubin’s observational evidence.

Rubin’s career earned her some of the highest honors available in astronomy today.

Throughout her career, Rubin advocated for women’s rights, including fighting for access to the Palomar Observatory in California and the Cosmos Club in Washington D.C. She advised the Pope to appoint more women to the Pontifical Academy of Sciences (to which she herself was appointed in 1996 by Pope John Paul II).

In 1963, she became the first woman to (legally) observe at the Palomar Observatory, and in 1996 became the second woman in history to win the Royal Astronomical Society’s Gold Medal (the first being Caroline Herschel in 1828).

Rubin received the highest scientific award in America: The National Medal of Sciences, in 1993.

Many individuals think Rubin deserved a Nobel Prize for her discovery, and many have suggested that only sexism kept her from winning one (only two women in history have won the Nobel Prize in Physics).

A great mind was lost in 2016 when Rubin passed away last December, but a great legacy remains. Her work is a constant reminder of how much we still have to learn about our universe.

“Vera Rubin was a national treasure as an accomplished astronomer and a wonderful role model for young scientists,” said Carnegie President Matthew Scott after her passing. “We are very saddened by this loss.”

Are you interested in empowering women in the STEM fields? The Women in Science (Wi-Sci) group wants you! Meetings every Friday in the Women’s Center, 12 – 1 pm.