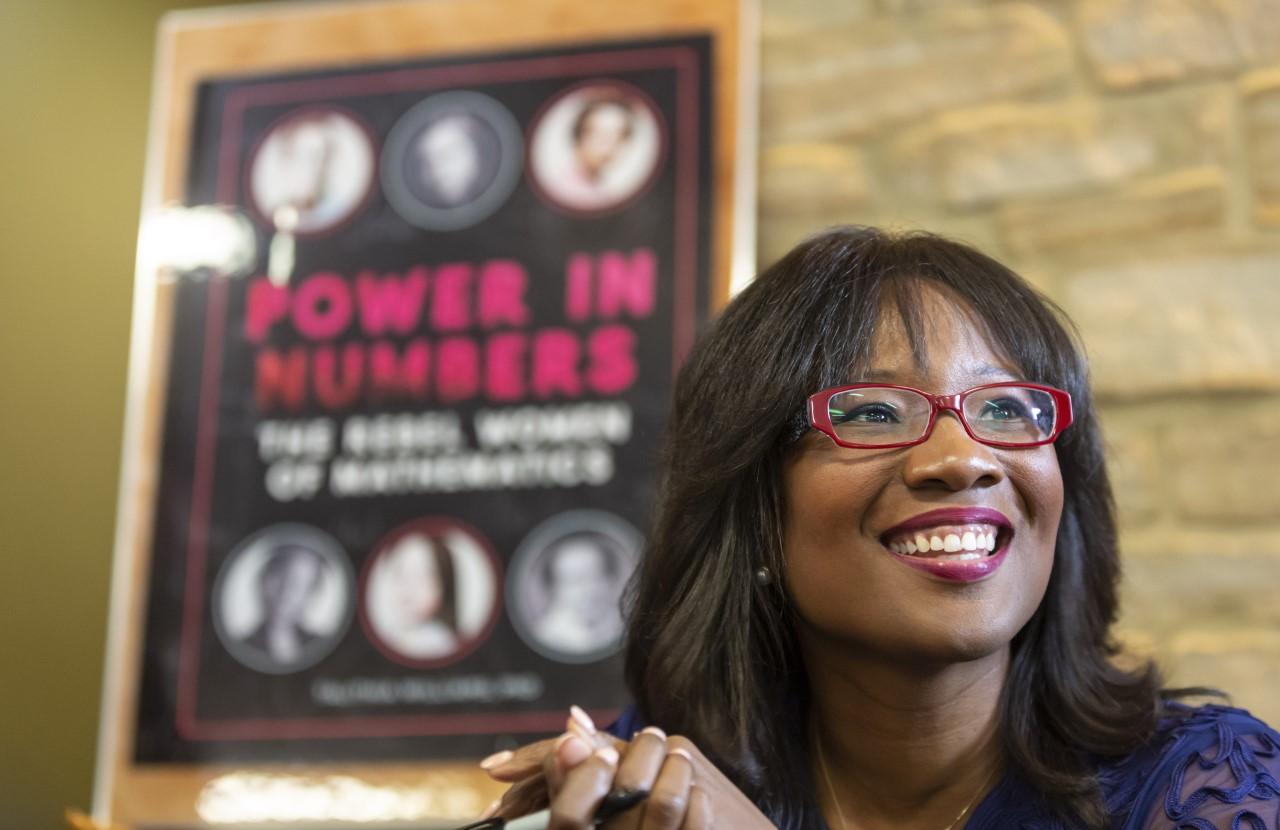 The movie “Hidden Figures” brought to light the stories of three incredible black women in STEM. Katherine Johnson, Dorothy Vaughan, and Mary Jackson worked in NASA’s computing group, performing the work needed to put John Glenn into orbit. But the world has many more hidden figures to celebrate, including statistician Dr. Talithia Williams.

Dr. Williams was born in Columbus, Georgia. Growing up, she didn’t really know of any black women mathematicians. She was one of only four African American students in her AP calculus class. But her high school math teacher saw promise in her abilities, and encouraged her to pursue a degree in mathematics. She earned her Bachelor’s degree in mathematics from Spelman College in Atlanta in 2000.

She spent three summers during her undergrad working at NASA’s Jet Propulsion Lab (JPL), where she met the incredibly brilliant space scientist Dr. Claudia Alexander. Dr. Williams later recalled Dr. Alexander as “the dream of what I could one day become.”

After completing her Bachelor’s degree, Dr. Williams went on to complete two masters degrees at Howard University and a Ph.D. at Rice University. She was the only woman and only African American in her graduating Ph.D. class. While pursuing her graduate degrees, she took a biostatistics course that discussed the correlations between smoking during pregnancy and complications with the baby, which led to a warning on cigarette labels.

Seeing how mathematical data could change policy, Dr. Williams decided to work on the intersectionality of health and statistics.

Dr. Williams is now an associate Professor and the Associate Dean for Research and Experiential Learning at Harvey Mudd College in California. She became the first African American woman to earn tenure at the school in 2014. She’s worked on projects with NASA’s JPL and Johnson Space Center, as well as the National Security Agency. She also partnered with the World Health Organization to develop a model to predict the rate of cataract surgeries necessary to eliminate blindness in African countries.

In 2014, Dr. Williams gave a TED Talk called “Own Your Body’s Data,” which now has over 1.6 million views. The talk explained how simple pieces of home-taken data about your body, such as temperature and blood pressure, can inform everything from early pregnancies to thyroid problems. Her talk tagline, “Show me the data,” encourages people to take control of their health by asking questions regarding medical diagnoses and treatments.

In 2015, she won the Henry L. Alder Award for Distinguished Teaching by a Beginning College or University Mathematics Faculty Member from the Mathematical Association of America. She’s also a lifetime member of the Society for Advancement of Chicanos/Hispanics and Native Americans

in Science (SANCAS) and an alum and former Board treasurer of the Linton-Poodry SACNAS Leadership Institute.

Last year, Dr. Williams hosted the NOVA Wonders six-part science special, covering everything from astrophysics to neuroscience. She co-hosted the program with another woman in STEM, computer scientist Rana El Kaliouby, and neurobiologist André Fenton. Also, last year, she released her book “Power in Numbers: The Rebel Women of Mathematics,” featuring the stories of several powerful women who made an impact to the field.

In addition to her work with statistics and NOVA, Dr. Williams also looks at the education system and strategies for supporting underrepresented students. She gave a keynote presentation on the topic at the University of Wisconsin – Madison Annual Diversity Forum in November 2018. In an interview with This is Statistics, Dr. Williams explained, “Statistics is a vehicle to share my passion for STEM with the next generation.”