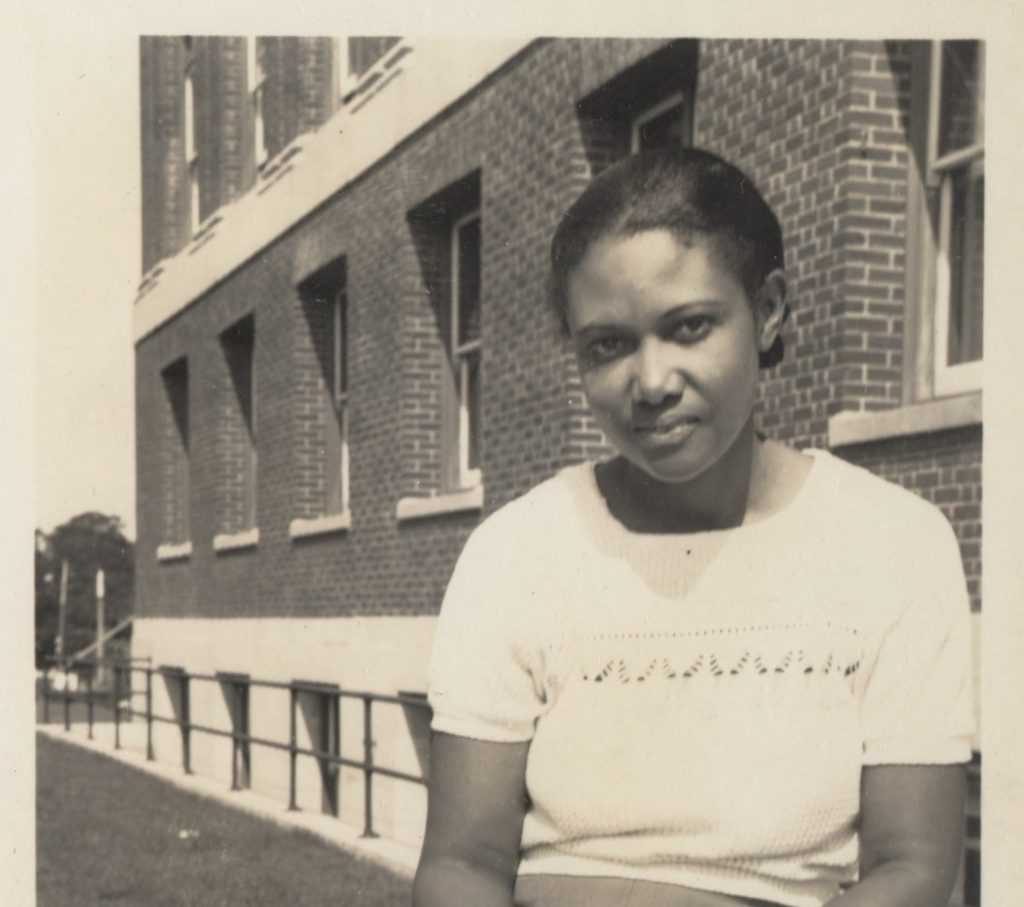 Dr. Roger Arliner Young fought hard to become the first black woman to earn a Ph.D. in Zoology. She was born in Clifton Forge, Pennsylvania in 1899, but little is known about her childhood.

In 1916, Young enrolled in music at Howard University. Five years later, she took her first science course with Dr. Ernest Everett Just – Just was a prominent black biologist and head of the Department of Zoology.

Though her grades were poor, Just saw potential in Young and convinced her to change her major to Zoology. Under Just’s tutelage, Young graduated in 1923 with her Bachelor’s degree and returned to teach at Howard.

Young entered the Master’s program at the University of Chicago in 1924. While there, she saw dramatic improvement in her grades, and was even asked to join Sigma Xi— an honorary science research society.

Joining the exclusive society was a rare honor for a Master’s student, and Young joined scientists like Albert Einstein and Richard Feynman in membership.

In the same year, Young’s first scientific publication, “On the Excretory Apparatus in Paramecium,” appeared in the journal Science. She was the first black woman to research and publish in her field.

Young finished her Master’s degree in 1926 and continued to work with Just. She taught at Howard and spent summers working at the Marine Biological Laboratory in Woods Hole, Massachusetts, assisting Just with work on fertilization of marine organisms.

Just even asked her stand in for him as head of the Zoology Department while he traveled to Europe in 1929. That fall, Young returned to the University of Chicago to complete her Ph.D. under biologist Dr. Frank Lillie.

Shockingly, she did not pass the Ph.D. qualifying exam. Though she didn’t blame her failure on racism, sexism, or the tremendous workload she carried for Just. Young wrote in a letter to Lillie that her failure was due to “responsibilities that were not wholly mine but were not shared, and the weight of it has simply worn me out.”

Young was devastated by her failure and returned to Howard to continue teaching. Sadly, her failure also disappointed Just, and their relationship suffered. In 1936, she was fired from Howard.

Young easily could have quit science after her firing, but she chose to persevere and go back to school. In 1937, Young began working on her Ph.D. at the University of Pennsylvania with Dr. Lewis V. Heilbrunn, a biologist she had met while working at Woods Hole.

Finally, at the age of 41, Young completed her Ph.D. in Zoology (1940). She accepted an assistant professor position at the North Carolina College for Negroes in Raleigh, North Carolina.

Young later moved to Shaw University in Rayleigh, where she became the chair of the Biology Department. Unfortunately, the change in university did not free her from the burdens of society.

In 1944, Young joined the NAACP. She worked for the Tobacco Workers International Union and spent her free time traveling around North Carolina, helping register voters and recruiting for the cause.

Sadly, her work got her blacklisted from working in North Carolina. She went on to teach in Texas, and received a position at Jackson State University in Mississippi in 1960.

At this point, she was living in poverty, with failing mental and physical health (possibly due to earlier work with ultraviolet radiation).

Young voluntarily committed herself to the Mississippi State Mental Asylum, and was released in 1962. She then took a position at Southern University in New Orleans, Louisiana.

Poor and alone, she passed away in November 1964.

Though her story didn’t have a happy ending, Dr. Young is still a pioneering woman in STEM.

Her perseverance allowed her to rise to the highest level of education attainable in her field, and she will always be the first black woman to earn that position.

Are you interested in empowering women in the STEM fields? The Women in Science (Wi-Sci) group wants you! Meetings every Monday in the Women’s Center, 2 – 3 pm.