Brave Space, where fear is faced 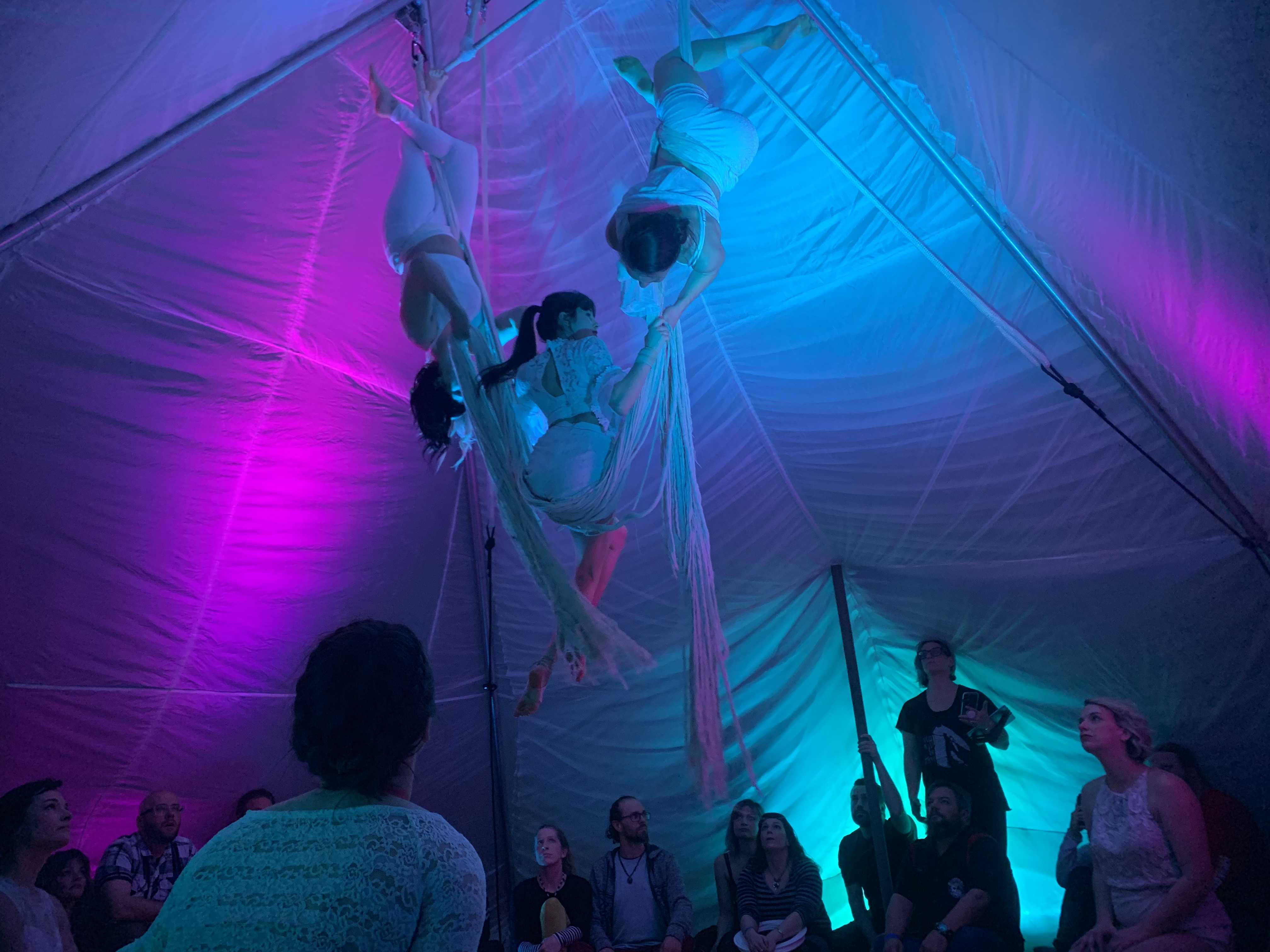 Whether you like holding your breath in suspense or holding someone up in the air, Brave Space delivered both last Saturday. This surreal event told an intimate story, tying the audience and cast together through a simple, sheer fabric.

Brave Space is produced by Aloft Circus Arts, a Chicago based company conceived and directed by Shayna Swanson.

Swanson formulated Brave Space as a means to bring the audience closer to one another and stimulate a sense of care for those around you.

Brave Space is a contemporary circus act that invites a small audience to sit inches, even centimeters, away from daring acrobats and aerialists. It is a show meant to inspire its audience to achieve a high sense of empathy as fear and relief are confronted.

Held in a cozy, re-purposed church called Voler Aerial Academy, a span of fabric on the floor turned into a large tent, which climbed in the air through fluid preparation from members of the cast.

Beauty unfolded in many different forms as the cast moved in tiny, intricate movements to collectively create a breathtaking, single-living art piece. Clear from the beginning, each member of the cast relies on their mate and the audience at times as well.

Within touching distance from the audience, the all-white costumes worn by the cast allowed them to stay distinctive. At times, the line separating the audience and helping members of the act would blur. Each member of the cast played a crucial role to each other and themselves as they moved in unison.

As the cast held their teammates in the air, the acute focus in their eyes was unbreakable and showed high levels of loyalty. When the audience was called to hold poles that held up a talented cast member or one that kept the tent up, trust was earned.

This ability to synchronize and work together as a whole is something that seemed natural among the cast and audience.

Swanson created an environment which was all inclusive without any forcible drive. From the time the act started up until the end, the audience felt a rush and release of emotions from pure excitement to power, physically and mentally supporting the cast as they performed artistic acts.

An outstanding performance, and well done to the team, audience included.

Brave Space premiered in October and is currently on tour. Their next performance will be in Nebraska. For more information on acts, Brave Space tour dates, and more about the company visit https://www.aloftcircusarts.com.