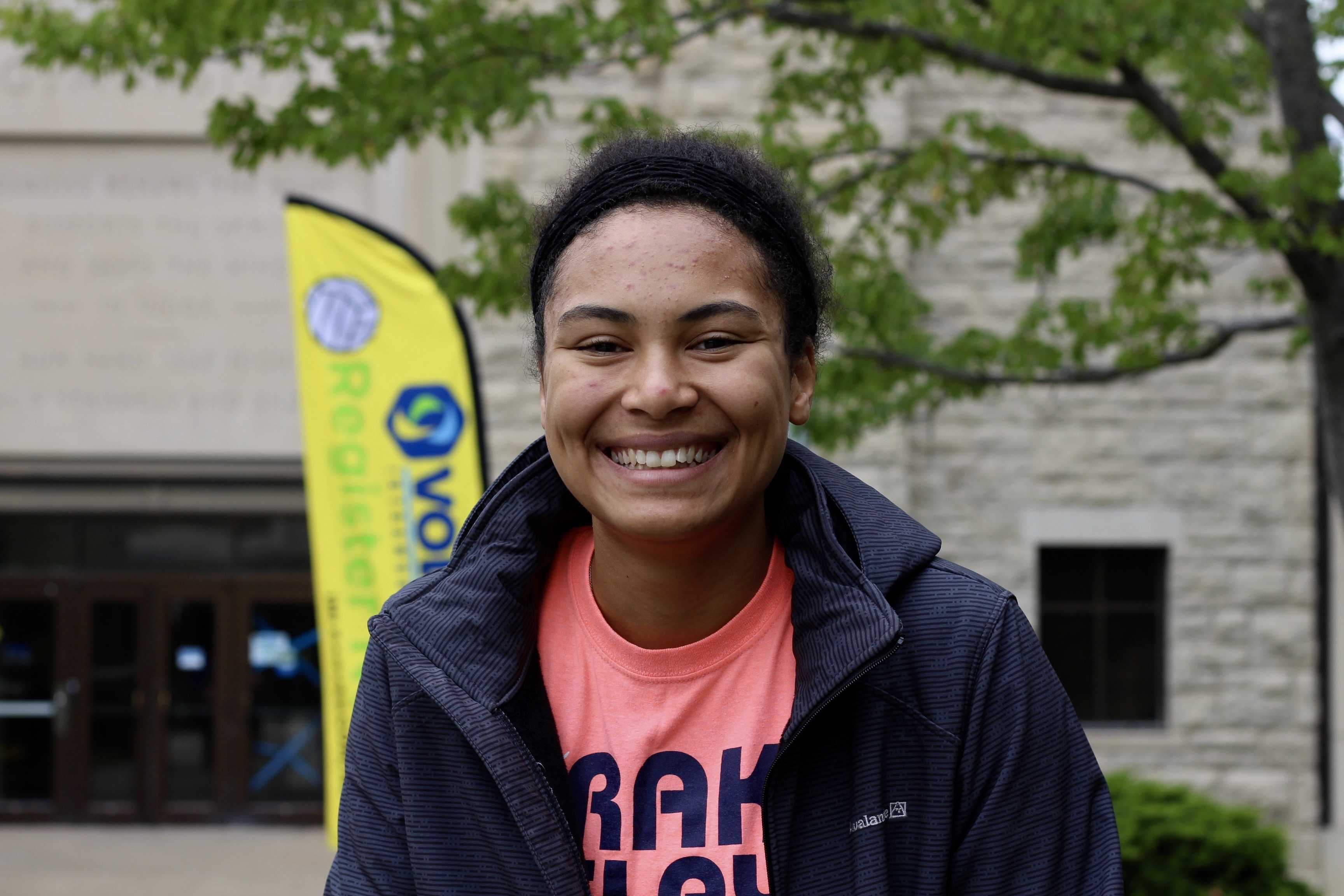 Volleyball outside hitter, Alicia Harrington, talked about her philosophy on the importance of decision-making and second chances in life this week with U-News.

Harrington is a health science major here at UMKC. She wants to become a physician assistant that works within the women’s prison system to help make her dream of second chances a reality for others.

“I believe everyone deserves a second chance, even though you may not have made the best decision,” said Harrington. “We are all human and we all make mistakes.”

The sophomore finds it easy to work with other people because the second chances they’ve gotten, make for excellent stories with lessons to be learned within the experiences.

Playing Volleyball at UMKC helped Harrington realize that every decision you make impacts others in society.

“We started out really good this season but have had some really rough spots,” said Harrington. “Some people quit but we have been really good at pulling the team together.”

While away last week, Harrington was named WAC Volleyball Player of the Week, the first ever WAC honor of her career.

She leads the league in points and ranks third in overall kills. For Harrington, his is not just an achievement for herself.

“It feels really good [to be player of the week] but it’s not just a win for me but for my team,” said Harrington. “You get that award by teammates deciding to give you a good pass so you can hit.”