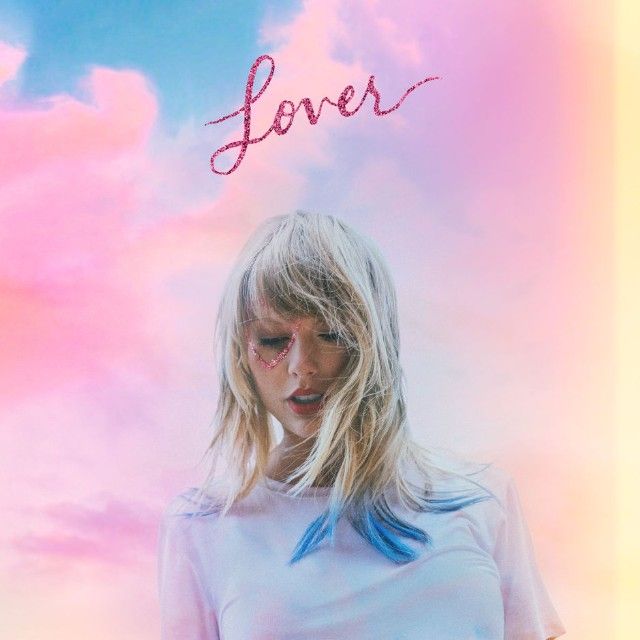 In many ways, Taylor Swift’s seventh studio album, “Lover,” feels like a return to the storytelling and songwriting that initially hooked us on her debut album 13 years ago. At the same time, with “Lover” being the top selling album of 2019, Swift proves she’s just as relevant, enchanting and innovative as ever.

The release of this bright and irresistible album follows a dark cloud over Swift’s career. In June, Swift was made aware that Scooter Braun (manager to artists like Ariana Grande, Demi Lovato, Justin Bieber and Swifts’s long-time enemy, Kanye West) purchased her masters and now has the rights to her entire life’s work, excluding “Lover.”

Swift spoke out on Tumblr as soon as she heard the devastating news, writing, “This is my worst case scenario. This is what happens when you sign a deal at 15 to someone for whom the term ‘loyalty’ is clearly just a contractual concept. And when that man says ‘Music has value,’ he means its value is beholden to men who had no part in creating it.”

Her 2017 album, “Reputation,” was an almost direct response to an illegally recorded and leaked phone call between her and Kanye West, which was followed by an incredible amount of hate and desecration of her reputation. The drama surrounding Scooter and Swift only made fans and haters alike more eager to hear how she would confront the situation in her newest album.

With absolute grace, Swift did the exact opposite of what was expected, delivering to us an album that is luminous and compelling, with little mention of the hatred that has been thrown her way.

For many fans, expectations were low, considering the dismal support of her first single, “ME!,” featuring Brendon Urie. Even “You Need To Calm Down,” with its inclusive message and star-studded music video, and “The Archer,” albeit simple and pleasant, were not at all representative of the brilliance that is “Lover.”

With the release of the album’s namesake single, “Lover,” just a week before the album’s release, expectations were raised. And then boy were they exceeded!

The album opens with “I Forgot That You Existed,” a carefree, cutesy pop song with that signature charm and sass Swift is known for, followed by “Cruel Summer,” an edgy summer anthem that transports you into an 80’s romcom.

The organization of the album is impeccable. With “The Man” (following “Lover”), Swift holds nothing back about her experience with sexism and her eagerness to dismantle it. She perfectly summarizes the double standard she’s faced by singing about how if she were a man, she’d be “just like Leo in Saint Tropez.”

What follows is “I Think He knows,” “Miss Americana and The Heartbreak Prince” and “Paper Rings,” which are all delightfully unique and spellbinding from beginning to end. Nostalgia takes lyrical form in “Cornelia Street,” when Swift sings “Baby, I get mystified by how this city screams your name.” It’s wistful sensibility is not dissimilar to the emotion of “Last Kiss” from her third album, “Speak Now.”

Don’t overlook “Death by A Thousand Cuts,” which has major early-2000’s pop vibes, a la Vanessa Carlton. Next is “London Boy,” in which Swift expresses her affinity for all things British, including her boyfriend of three years, Joe Alwyn. This song got some criticism from British fans, who feel Swift sees their city through rose-colored glasses, but you can’t please them all.

Swift single-handedly invents jazz with her riskay “False God.” Her heartfelt message to her mother in “Soon You’ll Get Better,” featuring the Dixie Chicks, is earnest, childlike and a return to her country roots.

Along with singles, “You Need To Calm Down” and “Me!,” the album is wrapped up through “Afterglow,” “It’s Nice To Have A Friend” and “Daylight.” In all three songs, Swift’s vocals are powerful and bewitching. The album begins with a “cruel summer” and ends with “sidewalk chalk covered in snow.”

In “Daylight,” Swift reminisces on past wounds and compares her new outlook on love to stepping into the daylight. She even references her fourth album, “Red,” with the lyric, “I once believed love would be burning red, but it’s golden.”

In this album, Swift dares you to be a lover. She asks us to imagine a world in which we are honest with ourselves and each other about what we love. “Lover” is Taylor Swift as she was intended to be: profound, glistening and loved by anyone who listens.