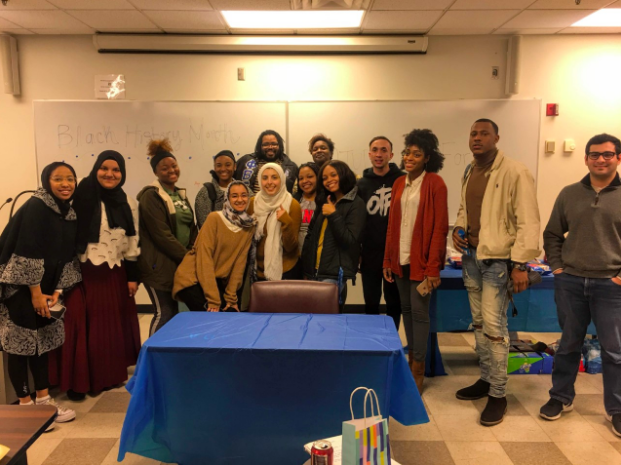 How well do you know your black history?

The UMKC groups Students for Justice and the collegiate chapter of the National Association for the Advancement of Colored People (NAACP) hosted a Black History Month trivia session and discussion last week in Haag Hall.

President of the Students for Justice, Shefaa Allan, thought this event would be an excellent way to learn black history facts as well as the history of the disparities many African-Americans have faced in the United States.

“I grew up in a minority-based community,” said Allan. “Seeing people of a specific race living in certain areas of Kansas City, it’s not hard to see the implicit segregation. Although it’s not legal, it’s still very present and that all stems from slavery and Jim Crow.

The discussion was led by Dr. Toya Like, a UMKC criminal justice professor. Like has been with UMKC for 14 years, and during that time has taught several classes on gender, race and class as it relates to the victimization and over-policing of specific races.

During the discussion, Allan had questions to guide the conversation, but many students took the opportunity to ask Like questions of their own and share their thoughts and opinions.

“I get into arguments on Facebook all the time because I speak up about the colorism in my community,” said freshman Chamiya Spates. “People say, ‘Oh, it’s a joke,’ but it’s not a joke when you constantly see and are told that being lighter is better.”

One frequently misunderstood piece of information Like touched on was how long ago many people think slavery and Jim Crow took place, though in reality the practices extend into recent history.

“You hear the rhetoric, well, that happened so long ago, why are you all still suffering from it?” said Like. “I put the timeline up for them and we’re talking about the generation right above us experienced Jim Crow, which lasted very well past slavery.”

American slavery lasted roughly 246 years from 1619 to 1865. From there, Jim Crow laws and segregation lasted 89 years from 1865 to 1954, the year the case Brown v. Board of Education ruled that segregation in public schools was illegal.

Even then, the Civil Rights Act wasn’t passed until 1964, which outlawed all forms of discrimination. Following that was President Nixon’s “War on Drugs” and President Clinton’s “Superpredator and Mass-Incarceration” policies. Black communities were disproportionately affected by these policing styles, which led to the incarceration of hundreds of thousands of black people.

“We absolutely have a unique history, and I can say specifically from my field that everything in our criminal justice system from policing to corrections was modeled after the English system,” said Like. That was our founding sort of nation, but slavery changed all of that.”

Discussing these topics is never easy, and there is still a lot of work to be done. With the presidential election coming up soon, students wondered what is next in terms of the fight against racial injustice.

“If someone’s not experiencing justice, then it’s everyone else’s right who has that privilege and who has a voice to speak up for them and to advocate for them, and that’s kind of what we tried to do here today,” Allan said.